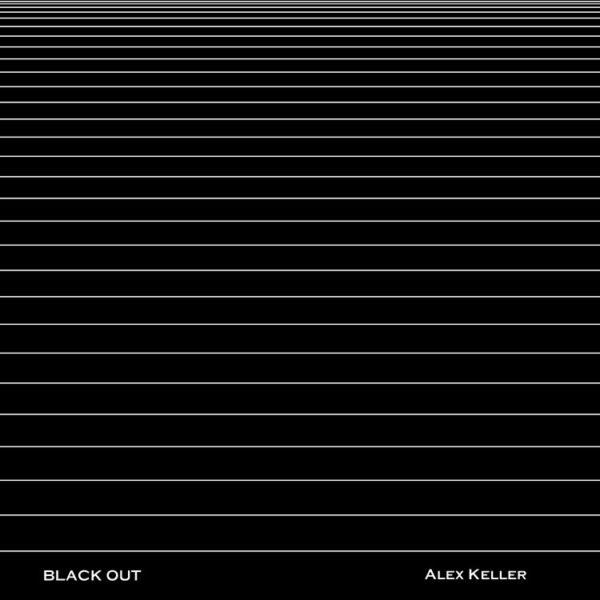 A splendid piece of droney process-art from Alex Keller…his Black Out (MIMEOMEME MIMEO 012) was produced using analogue synths, used to create recordings of various low-level tones, layered and overdubbed, which he then played back in an empty theatre in Austin. The idea was to make the walls “rustle, vibrate and wheeze in sympathy”, and ultimately to make the room come alive as a breathing entity of some sort. The underpinning concept is to do with the natural rhythms of breathing.

We have heard a number of records and projects which try to do this sort of thing, i.e. exploiting the natural tone and acoustics of a performance space – one that springs to mind is Venison Whirled, also of Texas as it happens, where Lisa Cameron made her miked-up drums drone until the sound bounced off the walls of the venue. But few have made such a deep impression as this evil droner…Alex Keller is determined to explore a single powerful effect as far as he can take it, and document the journey. He seems delighted with the way he made the light fittings tremble with his playbacks; evidence of the true power of the subsonic taking its toll. It feels like a sinister horror movie, bringing a terrible unwanted presence into the room. Title and all-black cover suggests strongly it should take place in total darkness. I don’t suppose it would work as well if the theatre was occupied (too many human bodies might muffle the effect, perhaps), so I wonder if he’s every tried performing Black Out for an audience. Chances are the venue owner wouldn’t ask him back if he did, not after he received a bill for 100 replacement light bulbs next day.

As to the rhythm of breathing, we always invoke the name of the Deep Listening Queen Pauline Oliveros at this point, and although I suppose other musicians influenced by Tai Chi or Buddhism might make similar claims, La Oliveros is the one who has turned it into a compositional philosophy, and lived by it. Keller’s Black Out does open with the sound of an intake of breath, a sound which appears twice more I think, punctuating the length of the piece, and reminds us of the conceptual integrity of what he’s doing here. In ways which are not explicitly described here, I assume he also mapped the rhythm into the structure of the piece and its playback; certainly it feels organically “just right”, there’s a recognisable human dimension to the piece, as opposed to one of those monumental minimalist pieces which passes all reasonable limits of human endurance in the name of art. At less than 30 minutes of playback, we could never accuse Black Out of that.

Keller is an active sound artist, performance artist, installation artist and teacher of media production in Austin and Seattle, and his work contains ideas about “architecture, language, and abstraction”. Very happy to have Black Out as an addition to our collection of “room” records; even the simple cover design is very attractive. From 29 December 2015.