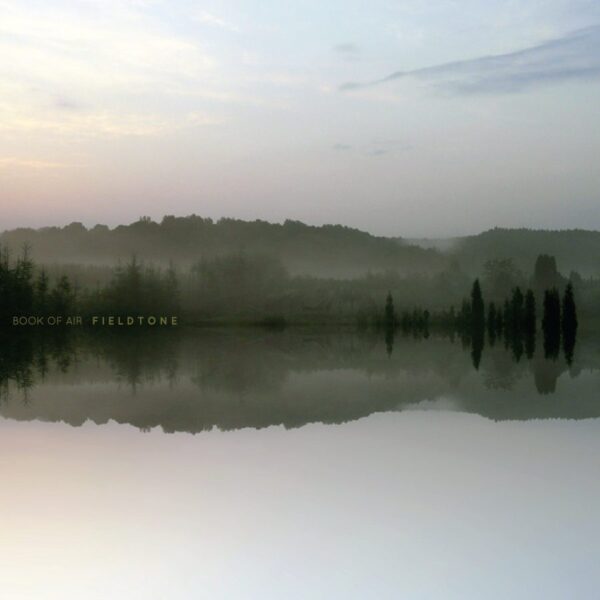 Book Of Air are a five-piece of Belgian players who perform four very languid and dreamy pieces on Fieldtone (GRANVAT / SUB ROSA SRV412)…it’s done using guitars both electric and acoustic, double bass, and drums, and the way they perform is closer to some late-night smooth jazz cafe situation than anything to do with hard rock music. Low-key, restraint and taut playing are the keywords; the listener’s metabolic rate is slowed down instantly, just by turning on the CD player. Stijn Cools, the drummer of the band, is credited with music composition; and the release is described as the first chapter in a series of “bundled compositions for improvised music”.

Book Of Air have discovered to their own satisfaction that there’s a sound embedded in nature, and have taken its “slow groove” as inspiration for their music, based largely it seems on positive but highly subjective emotions they may have felt by the seaside or walking in the forest or simply sitting in an open field. Emotions too deep to be expressed in words are instead expressed by silence; at root, it’s this silence – something which might imply a deep respect for nature – which Book Of Air are attempting to capture in their slow music. There’s also something to do with “room tone”, which may be about the acoustics and “unique character” of a performance space. However the notes also refer to the times when a performance space is dormant, and no music is played or no words are spoken in this space. They want to capture that too. At this point I could feel the exercise becoming a shade too metaphysical for my poor brain to comprehend.

The music is played with faultless expertise, for sure, and the assurance with which easy syrupy strum is uttered, or each string harmonic is plucked carries a lot of weight and craft behind it. I find each piece is also very static; in attempting to bottle the indefinable atmosphere of nature in this way, Fieldtone opt to stay pretty much in one place for a very long time, the better to contemplate their projected memories of fields and skies, and savour the lush silences. While the ideas on offer are original, and one must applaud their ecological bent, I find this record unsatisfying; the tastefulness of their sound is a problem for me, and the sense that the musicians are not really exerting themselves very much at all. From November 2015.