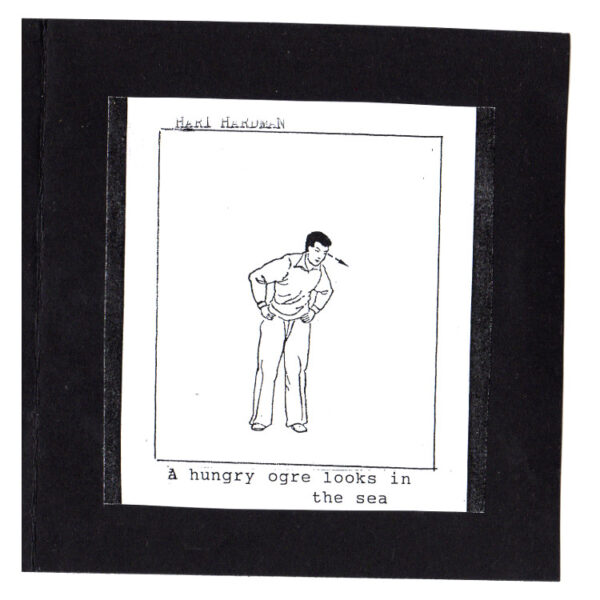 I’ve been a bit neglectful in mentioning new records by Hari Hardman, an extremely marginal English noise maker for whom we have a soft spot, but his ambitions don’t extend very far; he only creates very small editions which are impossible to find, and he keeps making the same sorts of noisy records, which are mostly short bursts of unbearable harsh static, feedback, screech and racket, or else long and tedious workouts of pointless metallic drone. I would imagine it’s reasonably easy to produce this distorted process noise using amplified digital boxes and a mixing desk, but at least Hardman has no pretensions to meaning, depth, or value; and he keeps at it, persistently. He also has a unique sense of humour, recycling the same diagrammatic images for his cover artworks and devising totally unsuitable ill-fitting titles that have no connection whatsoever to the sound. This one is called A Hungry Ogre Looks In The Sea (HARI HARDMAN PRODUKTS HH0027). My copy came with two inserts which showcase Hardman’s visual skills with détourning innocent photos, through collage, photocopying, doodling and typing over them with an old-school typewriter. Come to that, photocopying is pretty old school too; I myself wish I could find a non-digital machine that uses toner in the 1980s way. These images never fail to project an aura of total absurdity, despite their very normal origins. And they seem to say something uniquely English, about the English race; doing more than pointing out eccentric foibles, Hari is able to penetrate and lay bare the core weirdness of our collective psyche. You’d imagine that Hari is the sort of fellow who can open the Daily Mail and turn it into a surrealist tract in two hours, using just scissors and Pritt stick. A low-level but sustained assault on the commonplace…potentially mind-warping. From 28 October 2015. 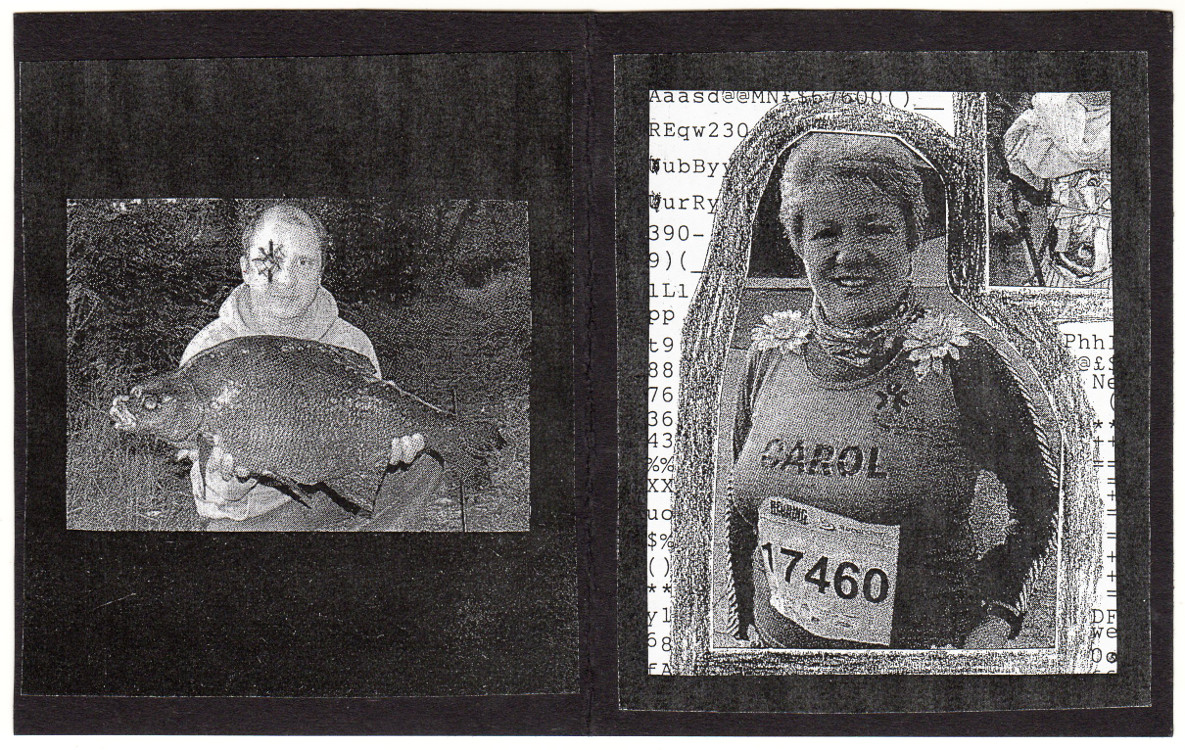