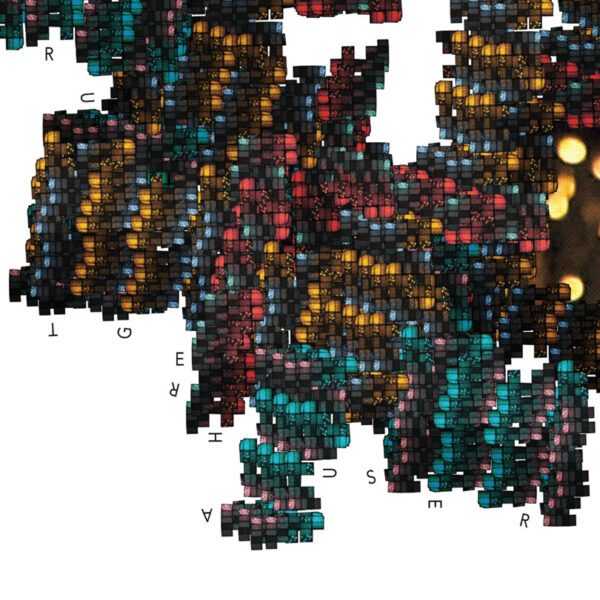 Just mentioned Lisa Busby’s Fingers In The Gloss item recently…now here she is again as a member of Rutger Hauser, with their self-titled debut album (ADA0046) for Adaadat…this combo from South-East London play their own bizarre brand of fractured experimental rock music, heavily laced with live electronics and samples ripped from cassette tapes and other sources. Like Lisa, they have a connection to Sleeps With Oysters – their drummer, John Harries, began the group in 2013 with the bass player Jamie Coe, but they’ve since added the guitarist Jon Klaemint Hofgaard, and the cellist Rose Dagul, while Lisa Busby and Ian Stonehouse add the “wild” electronic and sample elements. They are capable of delivering an incredibly lively and chaotic stream of music and noise, and they do it by using some prepared structures or by just freely improvising. In fact the whole CD was laid down in the studio live with no overdubs, which is impressive considering how confident many of these performances sound; a lot of their best experiments are just “right” in the way they land. Perhaps it’s because the band have spent some time honing their craft in a live situation; for one thing, it seems they are regular players at the Lewisham Arthouse venue. What I like is the genuinely open-ended nature of their work…they don’t seem intent on copying styles, genres, or trends in some bid to gain music press or credibility with knowing fans, and instead remain true to their notion of “having fun in performance”. At their best, Rutger Hauser give the listener a lot of fascinating and jumbled information to sift through, and more often than not it coheres into a satisfying listening experience. For further releases, I’d suggest you try out the Lumen Lake label. From 30 October 2015.