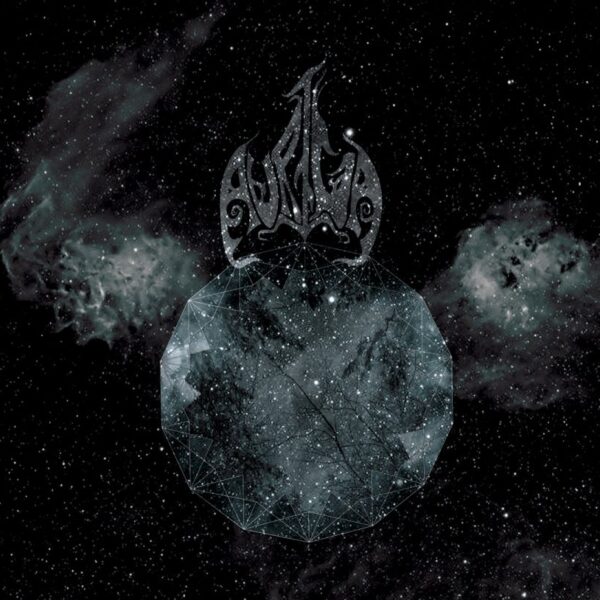 From the farthest regions of deep space, where space and time collapse at the edges of the universe, comes this mystery dark-space BM horde Auriga who bring forth their message “VII – Dimensions of Asymmetry” for the edification and benefit of humankind … Oh all right, if you insist, these people actually hail from Beirut in Lebanon and this in itself shows how far black metal has grown in popularity and complexity across the globe. Listening to this album, you’d be hard pressed to guess where Auriga are based, which is as it should be, if music knows and respects no political, national or other artificial human-made boundaries.

After a lengthy space ambient introduction of soothing and expansive drone-wash calm, Auriga unleash the dark BM side of their personality: this turns out to be a raw seething if rather under-powered prowling beast with flicky chopping blast-beat rhythms, acid-pouring guitars and gnashing-teeth rasping vocals. Aggression and open-sore rawness abound and if the clickiness were toned down and the hellish guitar feedback in the background brought up forward in the mix, the band would be a fearsome force in the universe. For all that though, “Catenulate Ornaments in a Cosmic Creation” is a majestic, awe-inspiring creation that captures the sense of a huge, sprawling and uncaring cosmos. Succeeding track “The Ceasing Legacy of Utu” brings in more straightforward BM rifferama at an insane non-stop speed-of-sound pace, tremolo guitars and rapid-fire percussion powering madly away, with a cold space atmosphere and monster choirs straight out of H P Lovecraft’s Cthulhu universe.

The two-parter “Lingering Echoes of the Past” probably could have been edited for length and combined into the one track as the first part is a long monotonous tremolo guitar riff and the second part is a slow ponderous piece of cold space-ambient synth drone, listless drumming and tremolo guitar stuck in a glacial riff loop. The whole two-track epic is an unremarkable and boring set.

The album started so well and promised so much, to be let down by a slow and uninteresting second half that left this listener hanging out lost in deep space. The music would have worked out much better if those “Lingering Echoes …” tracks had been jettisoned at the launch pad for a shorter album or if those tracks had been combined into one. The energy and passion from the early tracks are what stand out the most on this album but such enthusiasm can only carry it so far.

Auriga have a very good and sometimes powerful sound which needs to be more consistent than it is here. As a deep-space ambient BM band, they’ll need to rely on more than just cold space-ambient tones and themes to stand out from other bands in their genre, and this might mean using other technology and recording techniques and methods to give their music a more individual edge and sound.