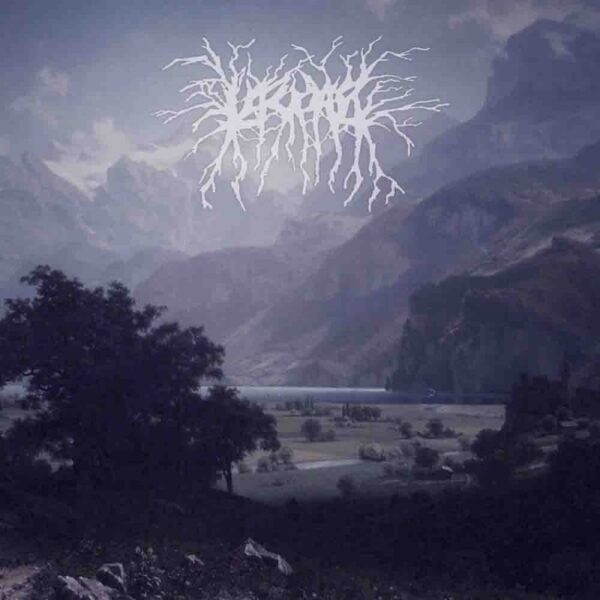 “Depths” is Lascar’s first demo released by Mexican independent label Inductive Oppression Records, dedicated to releasing short albums and other works by upcoming young bands. This is a very raw, aggressive and energetic work with as much melancholy and plaintive feeling as there is extreme urgency. Something about some of the melodies here (particularly the more sorrowful pieces of music) reminds me of Cascadian black metal and USBM band Panopticon. The title track sets the pace and the charge with equal parts aggression and anguish: despair is suffused throughout the music, whether it’s in the keening harsh vocals, the sudden stops in the music that briefly reveal the grey sky overhead, the pale keyboard backing or the desperate tremolo guitar runs. Short glimmers of hope might appear in the changes of key but they fade away and the conclusion is ambiguous.

“Burial Caves” sounds a little more grounded and there is a slight air of dazed wonder in what otherwise would be a repetitive and frankly tedious track not very different from the title track in the way it rages ahead, pauses suddenly, and changes key and back again. The voices rage and howl a lot but don’t do much else. Last track “Ocean Echoes” is a more blurry, steamy atmospheric piece where (oh no, not again) pummelling synth drumming dominates, to the extent that other sounds recede and the guitar melodies have to fit around the beat rather than flow over it. This is unfortunate as some of the background keyboard tones have a wan forlorn quality that expresses the desolation and alienation Lascar might be searching for.

While all three tracks (especially the last) have moments where the music lifts off onto a transcendental level to fly freely and gloriously, even if in very short bursts, and time seems to stop, for the most part there’s far too much repetition and an impression that Lascar sometimes isn’t quite sure where to take the music next. All tracks keep going and going but seem uncertain as to how to stop or bring listeners back down to mundane reality. Still, the music has plenty of power, energy and passion, and expresses emotion well in the singing and the background keyboard atmospheres. I’m hoping that on future releases Lascar can refine its style into something that fully expresses its spirit and aims.