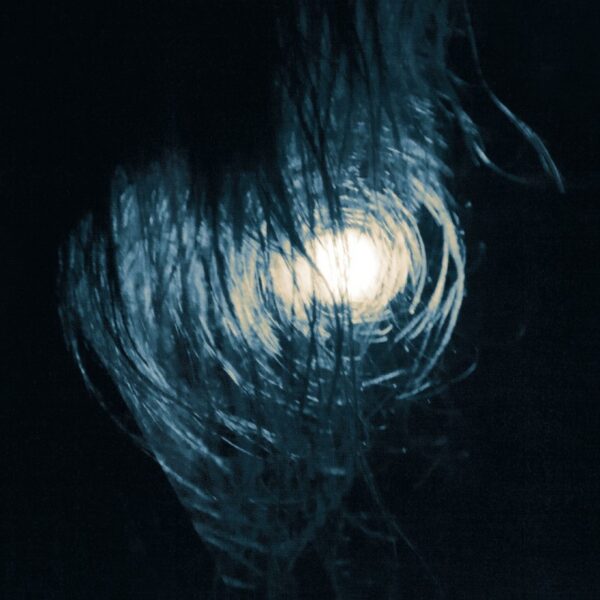 Finnish psychedelic black metallers Oranssi Pazuzu have proven themselves consistent over the years in producing albums and the odd split of epic and distinctive hypnotic music that’s at once dark, sinister and sometimes nihilistic in true black metal style yet trance-like and all-inclusive cosmic like the best psychedelic rock of decades ago. The band hasn’t changed its approach much but refines and reiterates it with each release. OP’s fourth album “Värähtelijä” follows in tried-and-true fashion and the result, perhaps darker, meaner and leaner than previous work, is sure to satisfy fans.

The songs tend towards lengthy instrumental pieces and develop in an organic fashion from riffs that sprout branches that in turn produce more branches, and so on. From small, modest beginnings come forth entire worlds of intense hellish atmospheric density. Sparing Finnish-language lyrics are rasped out by vocalist Jun-His whose croak is still as hoarse as ever, and still fights for attention with the rest of the music. You’d think by now he’d give up but this man of few words per song still has a few to say to his Finnish followers. The rest of us can just bask in the rhythms and often delirious atmosphere and go along for the ride. OP may have left black metal technically but its grim, unyielding aesthetic still informs the band’s approach as Jun-His & Co. wend their way through dark wormholes and cross through the various dimensional barriers of the universe.

Most songs on the album stand well on their own while a few tread water in-between tracks. “Saturaatio” serves as a stupendous introduction to the album but also encapsulates the recording in microcosm: by turns it’s free-flowing and expansive, and moody and inward-looking. “Lahja” is a subdued piece of tribalistic percussion and occasional sparks of trance guitar fire that never fully lights up; likewise the title track is something of a damp squib. It’s left to “Hypnotisoitu viharukous” to claw back to the drama and heights reached in the first song, and with Jun-His’ heroic and anguished screeching, shrill background synth swirl and frenzied music the track regains lost ground. This sets the stage for the centrepiece marathon “Vasemman käden hierarkia”, a monster that showcases OP at their most black metal and doomy, the psychedelic influences lending a deranged atmosphere to proceedings. It develops into a massive horror-movie monster with huge dark-angel choruses, mean and moody thunder percussion and guitar, moments of hypnotic hellspace ambience, furry sludge metal and space opera excess.

At this point the album could have ridden off into a crackling fire sunset but OP insist on serving up another two songs that, while good in their own way, follow almost as footnotes to Track 5. They are long but though nowhere near as long as “Vasemman …”, they seem more monotonous and in need of trimming here and there. “Havuluu” is a whirling dervish of demonic looping riffs that also takes in a few urban blues and jazz influences along with darkly sneering atmospheric BM and vocals that range from snaky and sneering to screaming-of-the-damned acrobatics. The OP guys throw a lot into this cauldron of manic miasma and it almost boils up and pours over.

The album is not entirely even throughout and sometimes OP strive for more than they can handle with a couple of songs of their own volition threatening to shoot off into the farthest reaches of the cosmos. At other times OP keep their pets on too tight a leash and don’t allow them to run free as they could. They get the balance about right on the two middle tracks “Hypnotisoitu viharukous” and the 17-minute epic following after, and these are the highlights of the album. The band’s musical influences are diverse and while not all songs feature black metal as their dominant style, it is present in attitude and the general dark nature of the music.

Even with its imperfections, this album is still an epic listening experience and must certainly rate as a major contender for Black Metal Album of 2016.