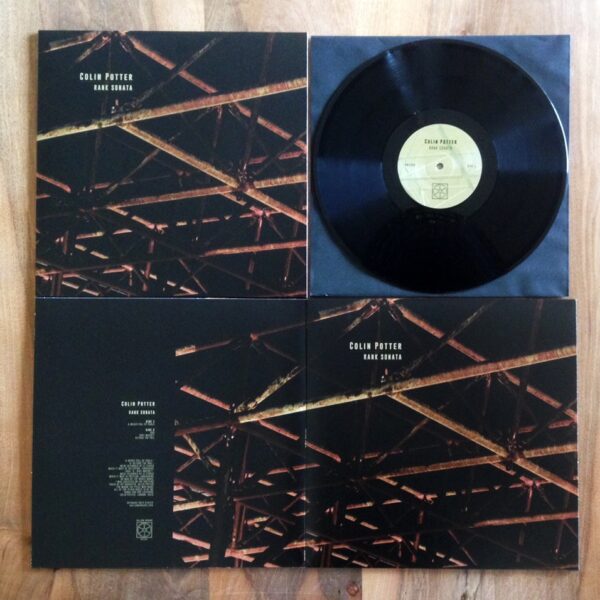 Not having followed the career of erstwhile drone shark Colin Potter I could scarcely be held to account for not discerning his engineering feats on the many C93/NWW recordings with which he’s associated. However, for those similarly tardy-for-the-party, these four techno-biased meanderings stand to shed light on his currency among these infamous associates. Though there’s little here of Tibet or Stapleton’s wonky, surrealist humour, Potter fuels his four lengthy wanderings with no shortage of warped functionality: long out-of-date techno beats hot-wired into tragicomic self-parody and lurching towards final decay. Potter permeates this moribund gloom such sickly pale drones as that of opener ‘A Wider Pail of Shale’, the 20-minute elder sibling that by and by reveals an aching heart of amnesic melancholy.

While casual listeners could be forgiven for mistaking our man’s rhythms for those of some misbegotten, ‘Little Wonder’-style stab at contemporary dance, but Potter’s having none of it; using beats as a distractor while pulling the carpet from beneath our unwary feet. The brief, interludinous ‘And’ bounces whips us with volley of bucephalus balls before we wormhole into the macabre, middle-European puppet theatre hall of fleeting silhouettes, ‘Knit Where?’, which rolls giddily like ghost ship dancehall heard from a locked treasure chest. Closer ‘Beyond the Pail’ could be rave music for Jim Henson’s goblin henchmen in the movie Labyrinth, the nocturnal hedonism to which these sick puppets might retreat after a tiring day under the stern eye of their tight-trousered lord.

Where one goes from here into Potter’s sizeable discography is anyone’s guess, but I’m guessing that one can be assured of similarly unheimlich diversion whither one goest.