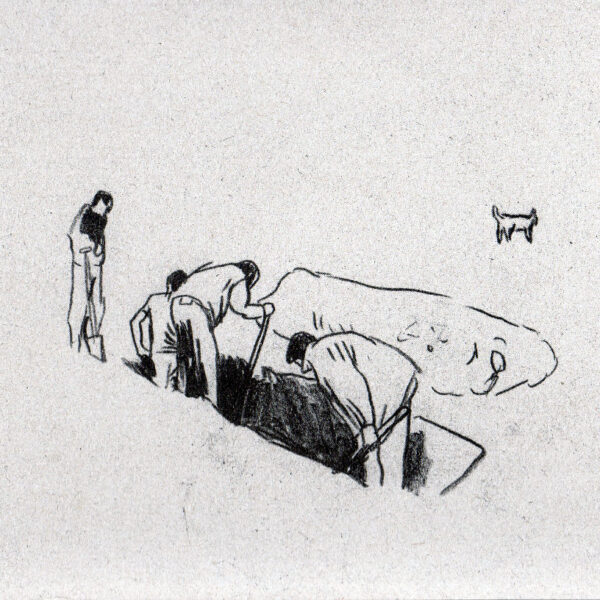 Energetic and sweaty art-rock from Poland by The Kurws; All That Is Solid Melts Into Air (GUSSTAFF RECORDS GRAM 1401) is their third album, after debuting with Hole In The Ghetto in 2011, an album released by several European labels and even finding its way into the US. The lineup seems to be a bit fluid from one release to the next, but a number of guest musicians are credited here alongside the guitarist Hubert Kostkiewicz, drummer Dawid Bargender, bassist Kuba Machrzak, and principal saxman Oskar Carls. This means we get occasional mad synth squalls from Piotr Zabroozki and other guests on trumpet, flute, and baritone sax, plus all sorts of wacky non-instruments like timber logs, coffee grinder and bicycle brought into the studio for additional zaniness. 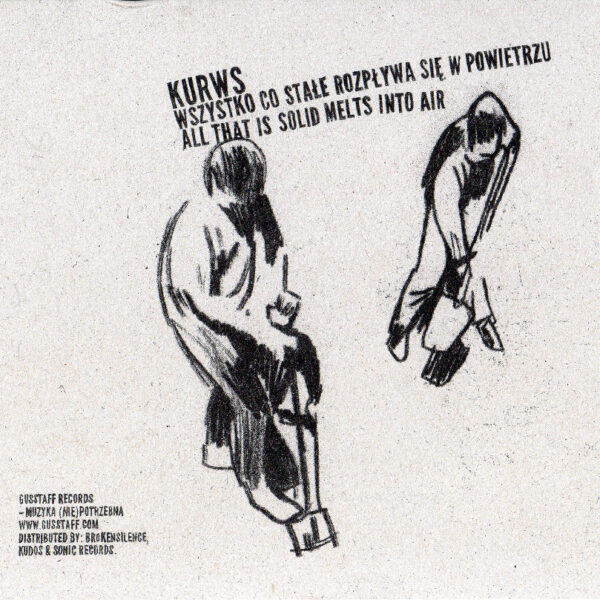 This is mostly an instrumental album and The Kurws take everything at pretty much the same full-tilt maniacal speed throughout, only occasionally slowing down to ponder the world through the wrong end of a telescope on the quieter and more abstract tracks. With their very physical approach to playing, they’re pretty much in the same European art-rock area as Etron Fou Leloublan, The EC Nudes, or more recently the American polymath Moe! Staiano; I mean the sort of jazz-tinged, poly-rhythmical discordant noise that’s vaguely informed by post-punk moves, extreme stop-start dynamics, and the complexities of late progressive rock. In the hands of these resourceful but workmanlike Poles, the music has little subtlety, and they want you to feel every bass guitar pluck and bass drum kick as surely as the ditch-diggers pictured on the cover might hit you over the head with their shovels. Even the band’s playfulness, expressed as occasional electronic whoops or saxophone parps, feels forced and joyless in this situation. 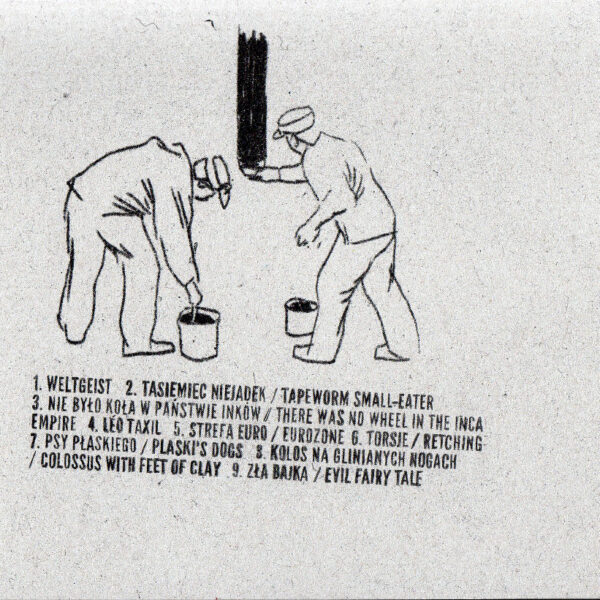 However, it’s good to hear musicians actually performing rock music in the old fashioned way, and they’ve produced an energising if exhausting listen, where you feel you need a lot of stamina to get to the last lap and the six coaches who are training you are all shouting at you and punching you in the stomach while you try and keep running. The Kurws have been at it since 2008, and describe their continued efforts as a workshop, a search…they’re striving to blend improvisation with composed rock music in new ways. They are happy to have the “Rock In Opposition” label attached to them along with all the other badges pinned to their shirt, but I can’t sense much actual political dissent or content in the work; the absurdist titles, for instance, refer to slightly peculiar things like ‘Tapeworm Small-Eater’ and ‘Plaski’s Dogs’, and make inconsequential observations such as ‘There Was No Wheel In The Inca Empire’. Originally issued on Gustaff Records in 2014, an LP vinyl re-edition comes to us as Gaffer Records GR055 and Red Wig rw014. Arrived 18th January 2016.