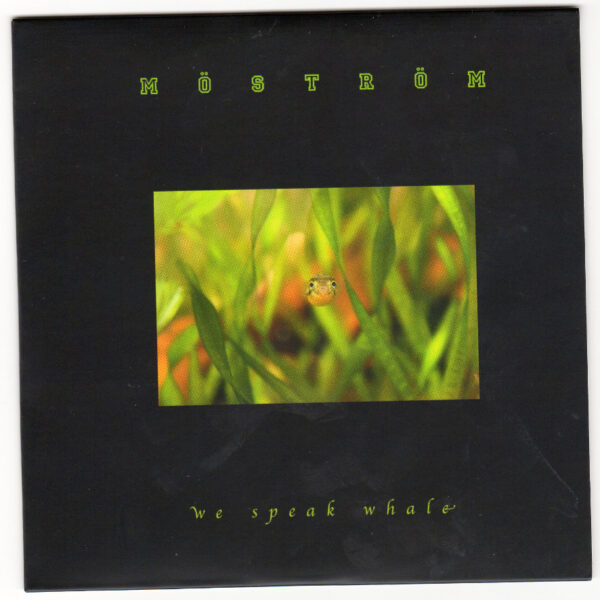 Remember that rainy Saturday afternoon in 1973 when you couldn’t go out on your bike, and you ended up watching a Zden?k Miler cartoon adaptation of Philip José Farmer’s The Wind Whales Of Ishmael on BBC2? Well, here’s the soundtrack to your false memory, a cetacean sensation all the way from Vienna.

Möström are Susanna Gartmayer (bass clarinet), Elise Mory (keyboards, piano) and Tamara Wilhelm (diy electronics, although being a myopic old fool, I initially misread that as “dry electronics”, which wouldn’t be right at all for such a subaquatic sounding record). This is their first release as a trio, although they’ve all got form on the Austrian experimental/avant-garde scene. Gartmayer and Wilhelm, for instance, are both members of The Vegetable Orchestra, a group who play instruments made of, yes, fresh vegetables. Some of that whimsical sensibility is in evidence here.

The group have two basic approaches. First of all, there are the great floating baitballs of drone, fuzz, bubbles and hiss, such as opening track ‘Werft’. This might indeed be the sound of whales speaking, if those whales spoke some sort of futuristic juvenile delinquent slang. Secondly, there are the lopsided, hooting-tooting bass clarinet workouts, that almost but don’t quite resolve into jazz melodies. ‘Humpty Dumpty’ would be the prime example here, and, as the title suggests, it really is as comical and as troubling as watching an anthropomorphic egg stumbling about in a haunted fairground.

Using these two methods, Möström are able to create and navigate their way through an infinitely complex undersea world of sound. New age whale song it is not, but there is something cheering and soothing about it, even as it does its best to unsettle and disturb you. In the words of that man Ishmael, “it is not down in any map; true places never are.” Dive in and enjoy.