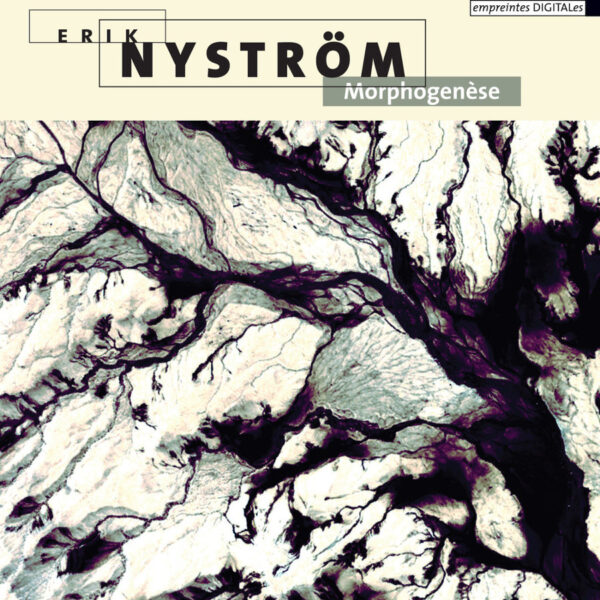 ‘Music that produces its own forms in the continual weaving of a spatial fabric’ is how Swedish sound engineer and electroacoustician Erik Nyström likens ‘his’ music to seemingly arbitrary cosmogonic forces as they pass almost accidentally through humanly appreciable forms. Something of a Serious Seeker of ‘spatial textures in acousmatic music’, the dazzling descriptions of his four compositions don’t quite deliver the shock of primordial violence I’m somehow expecting, though I do get the feeling that these pieces are quite happy to be left to their own devices.

Like a vague approximation of the Lorenz Attractor, the resounding void of ‘Latitudes’ mutates like the weather filmed in time lapse, shifting too rapidly for our deep inner peace yet glazed with smoother surfaces than your usual jump-cut sound-editing shenanigans. This sounds quite typical of the empreintes DIGITALes establishment: sci-fi space-scapes and processed sounds turned inside out; their interior lives bleeding into infinity as our own universe is condensed into one of many microdots that go pinging off your shiny surfaces and windows.

‘Lucent Voids’ adds squelches of mechanised bird twitter and virtual reality sea spray to this vertiginous feat of sonic telescoping, but with a little more rough-housing before the end of the rainbow. Unsurprisingly, ‘Cataract’ is of the same stratosphere, providing similarly psychotropic scenery and eventual pre-landing disillusion. While far from bucking this trend, ‘Far-from Equilibrium’ is a sort of hapless A.I. accident that might have bubbled out from a table-top improviser’s set of material-testing stretch and strain. The most dynamically vivid of the four pieces, it seems designed to disorient the listener into seeking respite back at the start of the CD, where things are unlikely to have remained the way they were.