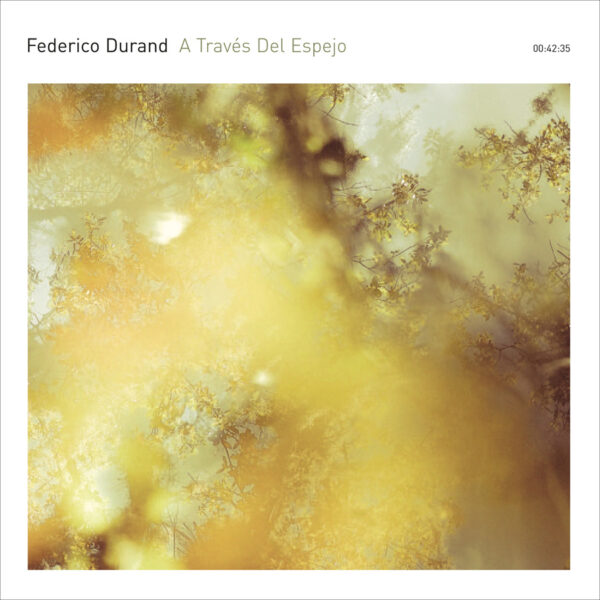 Charming and understated music from Federico Durand, an Argentinian who has been releasing his gentle, hand-crafted materials (sometimes on cassette or as self-released downloads) since 2010. His A Través Del Espejo (12K 1085) is his first album for 12K; the title is the Spanish way of saying “through the looking glass”, and the title indicates his penchant for working with tape loops and simple repetitions, creating melodies that are mirror-images of each other and which distort through playback and repeat. He often works with cassette recorders, has experimented with multiple machine playbacks, and loves making splices and loops; these are used in conjunction with the piano, the lyre, toys, and bells. It’s not exclusively analogue, as the Roland Space Echo has a part to play too, but he’s clearly a miniaturist toy-maker artiste not too far apart from Joe Frawley.

More than once, Durand’s methods coalesce to create the effect of a virtual music box, one that’s playing alone and forlorn in an abandoned attic. He is actively striving to generate such sensations of nostalgia in the listener, and the tape distortion / muffling plays a part in this too, acting as the aural equivalent of a faded old photograph. The press notes use phrases such as “small window of antique glass” and “dusty air of nostalgia”. I’ve often tended to be a little skeptical of musicians who employ such effects in a lazy manner to achieve an instant “atmosphere”, but I find Durand to be quite genuine in his aims and ambitions, and so devoted to his craft that every tune manifests as much care and detail as the embroideries which he openly admires; he likes to examine the backs of embroideries to see how they were made, and “a mysterious, invisible world suddenly appears”. Ditto with the music of this dreamy, magical-realist fellow. From 1st February 2016.