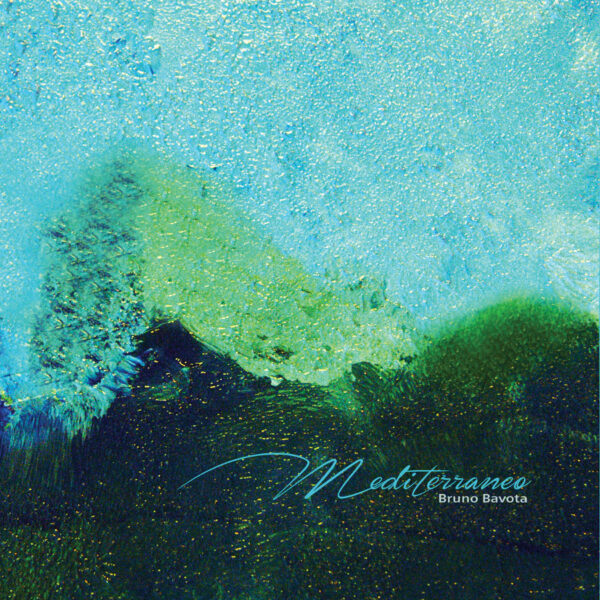 This disc is a little unusual in that it is not the sort of thing that I would usually expect to find within The Sound Projector’s remit, but nevertheless here it is, so here goes. Mediterraneo is a highly pleasant and yet simultaneously extremely unchallenging piano and acoustic guitar music of a hyper-melodic bent. Apparently the recordings were made in total darkness, which could have been an interesting starting point conceptually, but unfortunately, Bavota sees no reason to explore the implications of such a strategy and no attempt is made to develop the idea the way others such as Yiorgis Sakellariou or Francisco López use darkness as part of their own operations.

After two fairly unremarkable pieces, the third, “Hands”, employs a chiming, delayed guitar which threatens to lead us into more interesting Mogwai-like territory, but once the piano starts, the guitar is reduced to providing reverberant swells to support the chord changes. Later, Marco Pescosolido’s cello and Paolo Sasso’s violin augment those same chord changes well and for me it is their efforts which go a long way to turning the piece round.

If a contemporary piano album could have an obvious single, track four “Who Loves, Lives” is it. It is crying out for a female pop vocal and I wouldn’t be surprised if it ends up being sampled with a vocal line courtesy of someone like Ellie Goulding before long. Track five, “Alba”, uses a similar fingerstyle acoustic guitar progression as Kaleidophon’s Here from 1998, but where Kaleidophon deliberately left in recording and production errors as textural artefacts, Bavota’s recital on guitar here is pristine and flawless and as such maybe lacks a little interest and authority. When the distantly-recorded Steinway (a model D274, the sleevenotes inform us) kicks in, the piece improves immeasurably. Incidentally, the first cassette-radio I owned was made by a company called Alba. Moving on, the super-restrained, quiet beginning of “The Night” could almost be a Talk Talk / Mark Hollis homage until yet another endlessly repeated, tricksy little melody rudely obliterates the effect.

The nadir of the album (so far – track 7) is the title track which sounds lovely in terms of production value, but employs an annoyingly unchanging chord structure, predictable melody, and perhaps the most amount of understated saccharine I’ve ever heard in an album of popular music. I suspect these are all deliberate strategies on the part of Mr Bavota. From a record company’s point of view it ticks all the boxes; great production, skilled performances, accessible composition, but to me it’s like everything I’ve ever heard squished together into a nice neat block of “what contemporary popular piano music should sound like”, with all the fat, gristle and offal removed. Have you ever seen those vacuum packed pre-cooked half chickens you get in convenience stores? That’s what this reminds me of. Superficially beguiling but once you get stuck in, it proves to be tasteless, wan, textureless and of dubious nutritional value. By the ninth offering, “Sweet Fall”, it is obvious Bavota is aiming to plough a similar furrow in more or less every track, but he’s got plenty of diesel left. Clumping piano block chords descend for ever in to an abyss of self-satisfied cleverness. I could suggest that most nine-year-olds learning the piano could produce a similar result.

Bavota is credited as composer, arranger and with piano, guitar delay, reverb and, fashionably, field recordings. Where are these field recordings? I couldn’t actually hear any. Where were they made? Who were they made by if not Bavota himself? The press release mentions “…the sound of the autumn rain…” but I’ve not been able to spot it. Albums of this sort are probably very popular with people who hold a lot of dinner parties, but I personally felt like I was either in a motivational video for bank workers or watching a trailer for the latest Hollywood rom-com most of the time. Or listening to Coldplay Unplugged if such a thing exists. So far this year we’ve lost talent like David Bowie, Keith Emerson, Lemmy Kilmister and most recently, Prince Rogers Nelson – is this the sort of new thing we really should welcome into the pop mainstream? You decide.