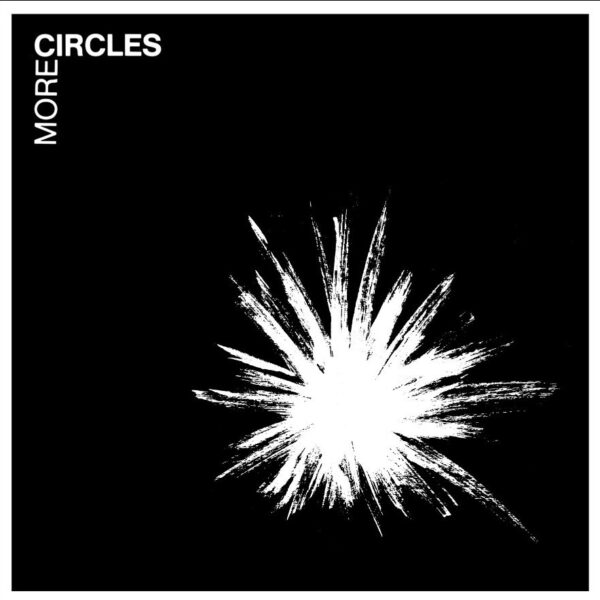 Got a couple of reissues by Circles, an obscure 1980s German duo namely Dierk Leitert and Mike Bohrmann, who put out three records on their own Einhorn Records label. Their debut Circles from 1983 has been given a solid reissue job by Mental Experience, an imprint of Guerssen in Catalonia, and is available as vinyl LP or CD with a booklet of notes written by Alan Freeman, the krautrock expert from Leicester. At one stage I believe Alan planned to reissue Circles on his own Ultima Thule label. Circles is very much a studio-bound, art-experimental record, where the duo paint abstract pictures freely with their instrumental prowess and make liberal use of effects and overdubs – in fact most of the instrumentation, guitars, keyboards, drums and woodwinds, is provided by the highly versatile Leitert while Bohrmann performs as the main guitarist, adding some subtle backwards-guitar lines and synth work to the long closing track; drummer Buschi Buchweitz also contributed to portions of this first album, though his name is missing from the press notes here. I don’t have a copy of the full Freeman booklet, but I’m sure his exhaustive research will have drawn in all salient facts.

Most reviews I’ve seen so far, and indeed the press notes from Mental Experience, are tending to assess the significance of Circles in terms of the multiple genres they represent; a convincing case can be made for situating the duo at some imaginary crossroads that builds on “classic” Krautrock of the 1970s, while absorbing noisy influences from the growing NDW post-punk groups, and even crossing over into New Age driftiness, with their insipid synth doodles that even late Tangerine Dream wouldn’t have stooped to. Others find apt comparisons with early industrial art bands, such as Nurse With Wound, which is likely to be another factor that appealed to the owners of Ultima Thule. Circles are presented to us as one of many bands in a “post Krautrock underground”, suggesting that we’re ripe for a slew of 1980s reissues in this area, hopefully starting with The 39 Clocks. Since the reissue market has pretty much strip-mined every krautrock, kosmische and progressive German record known to have been made in the 1970s, I guess this is the next step. However whereas Krautrock bands attracted attention from major labels in the 1970s, like Polydor or United Artists, Circles were one of many 1980s underground bands going down the private press route (as did Can, with their first LP), which is another factor that may increase desirability of this item; originals of this LP are not astronomically expensive, but the Discogs index indicates a £50-£60 price tag.

Circles (MENT001) has its musical moments for sure, but is not an especially coherent statement; all of the crazy experimental noise happens on side one, while side two increasingly meanders off down a rabbit-hole of rather tame synth drones and melodies, ending with the pleasant tedium of ‘Woistisch / Umgedreht’. The chaotic textures and wayward directions on side one remind me mostly of Bowie’s Lodger, which is doubly ironic when you think of the sources Bowie was inspired by. The opening three tracks, ‘Einblicke’, ‘Viele Wge’ and ‘Chant’ are thrilling stuff, confusing the listener with an array of mad ideas, overlapping voices, dour percussion and strange treated guitars, producing disorientation effects almost on a par with The Faust Tapes. ‘Rockcola’ and ‘10° Unter Null’ are more conventional rock music fare and feel like they arrived almost ten years too late, but one admires the gusto of the playing, particularly the unhinged guitar work. The ambient noodling and treated synth drones of the LP’s b-side are less compelling on today’s spin, with the exception of ‘Troflut’, which showcases drummer Buchweitz playing a forlorn echoplexed trumpet line against a deliciously nasty synth burr. It’s around this point I began to notice that Circles weren’t very good at structuring or editing their work; each track mostly does one thing and stays in one place, without variation or reaching a solid conclusion, and most of the listening pleasure stands or falls on the unusual sounds they made. Even so.

More Circles (MENT002) was originally released in 1984. Right away one notices the production is much smoother and more professional, somehow lending more weight and heft to the tunes, although it also makes one yearn for the rougher edges of the first LP. Here the duo set out their stall with pleasing synth and guitar sounds set to entertaining pop rhythms and electronic percussion beats; the second track ‘Several Steps Leading Through Different Rooms’ is ten minutes somewhat in the vein of Fripp & Eno, Neu! or Harmonia, and is an irresistible treat, perhaps one of the most successful examples of Circles’ craft. Soon after this the duo take the album down a more “avant” route, with the puzzling and alienating tones of ‘Paris Cut’, ‘Mental Dart’ and ‘Trio Atonale’, increasingly bewildering pieces of subtle noise, treated synths and murmuring voices, deliberately arranged to confound conventional expectations. ‘Spiral Dance’ ends the album on a more upbeat note, sounding not unlike Heldon with its aggressive guitar attack and percussive framework, but the body of More Circles remains a series of interesting experiments in subdued, lite-industrial electronic noise. One wonders if their side project Das Organisierte Chaos operated along similar lines. While one may prefer the primitivism of their first LP, I think More Circles has more cohesion to the compositions, and overall may be a more satisfying listen. Both of these from 2nd March 2016.