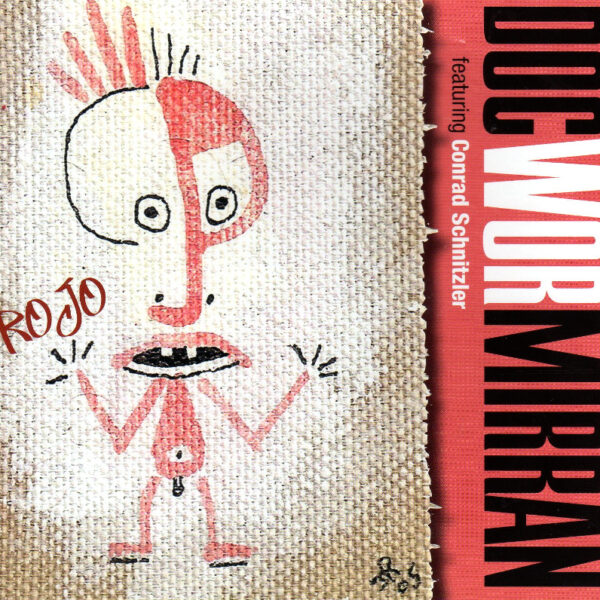 We’ve been sent about four packages of music by Doc Wör Mirran since 2013. I’ve been trying to ignore them, but now I accept it’s time to come to terms with this strange and long-serving German underground combo about which we know less than zero. Joseph B. Raimond appears to be the main creator behind this collective. His paintings are used, generously, as cover artworks; and like the music they are pitched midway between outrageous humour and horrifying imagery, and may draw inspiration from Dada, German expressionism, George Grosz, Jean Dubuffet, Paul Klee, outsider art, and others…playful stick figures, ugly faces, and much sexual and anatomical frankness. Many of the actual discs are self-released CDRs as far as I can make out, appearing on a label variously called Mirran Threat Hand-Made or MissmanagemenT. They each have a price tag of $0.00. In attempting to review these, my problem was I kept starting with a totally bonkers release called Walm Art and failed at the first post, assuming that everything they do was going to be like this. Walm Art is crazy, but untypical; the rest of these records are fairly demented, but also have many approachable and enjoyable aspects. Retch was reviewed by Steve Pescott in 2015; the rest are below, in five separate posts.

Rojo (TOURETTE RECORDS #042) features the music of Conrad Schnitzler, played by Joseph B. Raimond and four other players. Dauntingly, it’s labelled DWM release #128; even Frank Zappa never reached that high number I’m sure. It seems that Conrad sent a large number of unreleased tapes to Raimond in 2011, shortly before his death, with the expectation that DWM would work on them, complete them, incorporate them in collaborations. This is what happens when the austere idea-heavy music of Con is cross-pollinated with the warped humour of DWM. Impossible to characterise the whole album; no one mood dominates, and we seem to shift from downtrodden endless teutonic drones to wacky caprices which resemble electronic steam-organs gone slightly mad. Not even the simplest melody is left untouched without being disrupted by a detuning wobble or other attempt to disorientate. No lyrics, all instrumental; a very synthetic and unreal world beckons you into its sealed-off confines. Highly perplexing. From 19 June 2015.