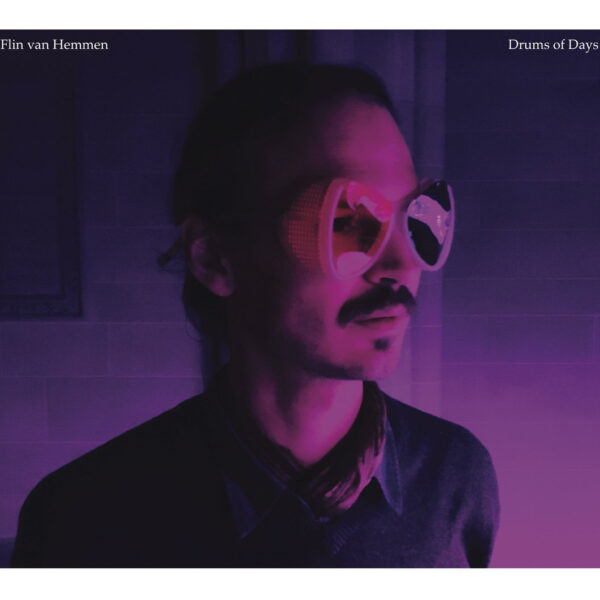 The fifth item from the Brooklyn free jazz / improv label Neither Nor Records is Drums Of Days (n/n 005) by Flin van Hemmen, a Dutch drummer and composer who settled in New York City about eight years ago. He’s a festival veteran, a strong collaborator, and currently works with groups such as Narcissus, While We Still Have Bodies, and LathanFlinAli. For this set, van Hemmen drums and plays piano, and he’s joined by the bassist Eivind Opsvik (another NYC resident, originally from Oslo) and the American acoustic guitarist Todd Neufeld.

From the opening track, I had the strong impression of hearing classical avant-garde music mutating into free improvisation, almost before my very eyes. This impression was not dispelled by what follows, and indeed seems to match van Hemmen’s intentions almost exactly. He would like us to be mindful of his influences such as the compositions of Morton Feldman and Charles Ives, and the improvisations of his friend Tony Malaby, the New York saxophonist (who contributes an overdub to one track). Flin works very hard at “through-composition”, and what may appear to be a completely “free” piece is more likely to have been carefully structured, where the beginning and end are known quantities and the territory is staked out in advance; the improvisations are subsumed into this structure, as are other elements such as poetry (in one case), post-production, sound-scaping, and the addition of field recordings. It’s to the composer’s credit that neither concept nor technique get in the way of the free flow of the pieces, which proceed with an organic logic without any obvious joins or jarring breaks in the programme.

I suppose “ambiguity and uncertainty” are key themes of this music. I certainly felt these as emotional states while listening. In fact I felt my very contours turning fuzzy and indistinct, and now I’m so faded and transparent you can’t make me out from the wallpaper. Each piece seems to ask a question, or a series of related questions, and never provides a clear answer. Music may be used to set the listener’s mind moving down tracks of enquiry, pondering matters metaphysical, spiritual, or purely practical. If that is the general trend of van Hemmen’s plan, he does it by proceeding quite slowly, and by leaving lots of space. By slow-moving, I mean that this is not the high-energy music of a Cecil Taylor Unit, but neither is the music so completely etherised that it stops moving altogether, like some numbed zombie beast.

This cautious movement is what gives the musicians, and us, time to absorb and consider these new ideas; perhaps it’s like exploring a new environment, taking baby steps. By “lots of space”, I’m referring in general terms to the near-skeletal precision of the music score, where each instrument is purposely showcased to allow us to hear its natural grain, and each musician’s utterance is spotlighted to an almost frightening degree. A statement almost leaps out at you from an abstract space, casting angular shadows against a white wall. The starkness of this creaky acoustic music creates a strong tension with the underlying ambiguity of it all, and such tension may account for why Drums Of Days has so many compelling moments. I can’t quite detect the “cinematic quality of the album” promised by the press notes, but that is a rather subjective description.

The composer feels he is drawing on his considerable knowledge and experience of music to draw on “genres ranging from Romanticism to minimalism, the avant-garde and Modern classical”, and at the same time is driven to “go into new territory”. The purple cover may lead you to find connections with La Monte Young (probably just a coincidence) and his sunglasses show he doesn’t lack a sense of humour. From 9th March 2016.