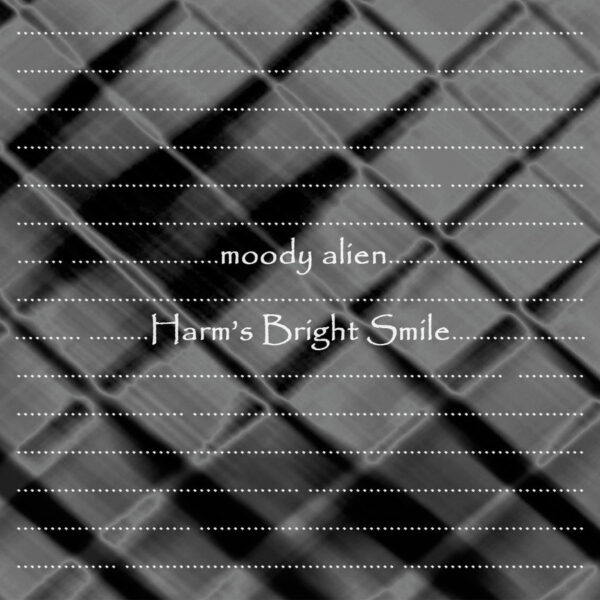 Music reviews are largely subjective, of course, but I do have one or two fixed criteria when it comes to writing these pieces for The Sound Projector. To start with, everybody gets a point just for releasing a record in the first place. In a world of passive consumption, having enough gumption to actually produce something deserves some credit, I think. Secondly, there’s another point available for having a decent band name and disproving my apocalyptic theory that all the good ones have been taken. By these standards then, Moody Alien are already two points up.

Actually, that name could be a bit misleading, if you think it sounds like a band who might go on after Crispy Ambulance in an early 80s post-punk running order squabble fest. This Moody Alien is a solo artist who lives in Thessaloniki, operating in the world of drones, tones, loops and samples – and that’s just about all the biographical detail they’re willing to share, which is kind of fitting for an emotionally volatile extraterrestrial. Full credit is given to the collaborators on this album, though, namely Aris Tegos (baritone guitar) and Angelos Bournas (additional sounds).

So, what about the music? All good stuff, I’m pleased to report. The album opens with “Harm’s Bright Smile” itself, a three track movement built around a one minute harmonica sample, with added textures of voice, guitar drone, cymbal and snare drum vibration. It’s quite sublime and transporting. The sleeve notes describe it as an OuLiPo inspired exercise in limited sound sources. Pedants will point out that it should be OuMuPo, of course.

Next up is “Civilisation”, which emerges from looped and rather demented birdsong and collapses some 20 minutes later in science-fiction bleeps and pulsations. Just like the real thing. Finally, we have “In The Forest”, nine short tracks detailing an arboreal encounter with the Nine Muses of Greek mythology, in their industrial-Gothic Tank Girl aspect. It shows a certain sense of humour to have a track called “Terpsichore” that is so resolutely undanceable.

On the whole, this meets nearly all of my subjective standards of excellence, and I hope it meets yours too.