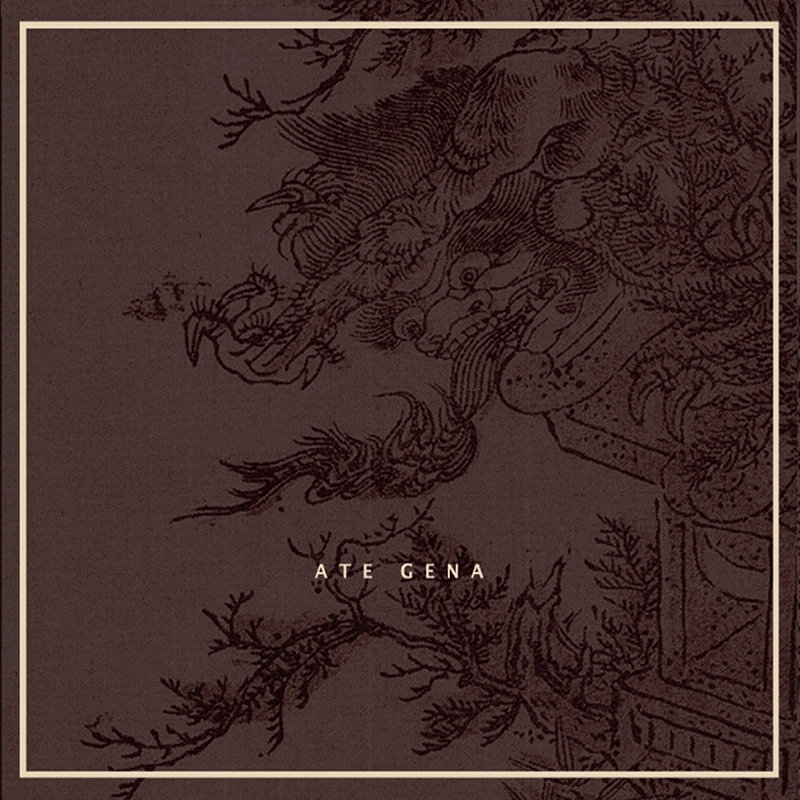 Two strong eruptions of powerful and continuous electronic noise on Ate Gena (GERÄUSCHMANUFAKTUR NO NUMBER), by the Spanish player Miguel A. García and the Portuguese ex-pat Alfredo Costa Monteiro. We’ve heard and enjoyed a lot of heavy abstract rumble and scrape from both players over the years but this is the first time they’ve locked their digital antlers together in the noise-drone rutting grounds, to my knowledge.

Both men have proven their taste for the grim and unrelenting in their stern music. Whatever they have to say to each other can only be said over the course of two 23-minute episodes that stir into life like boiling lava or foetid eruptions of mud from a vile swamp. The listener is accordingly engulfed, and what was once liquid appears to solidify around us, leaving us with no escape and all movements severely restricted. However, it’s not an unpleasant way to spend your last dying moments, and there may yet be some positive essence contained in these grinding tones of monstrous proportions, said essence released over us like a healing balm. They did it in Bilbao in 2014, and credit a combination of electronics and electro-acoustic devices for the production of these harsh, scouring attacks. Dark, slow, sludgey and doomy; there may not be many dynamic shifts of emphasis here, nor changes in the abiding mood, but the textures are thick and delicious.

The cover collages and rehashes images by Sekien Toriyama, the 18th-century master of the Japanese woodblock print who taught Utamaro. Mythical dragons and a gigantic hairy ogre seem to be occupying the visual plane, suggesting that the noises on Ate Gena could be read as the discontented grunts and inhuman howls of these fictional monsters. From 14th March 2016.