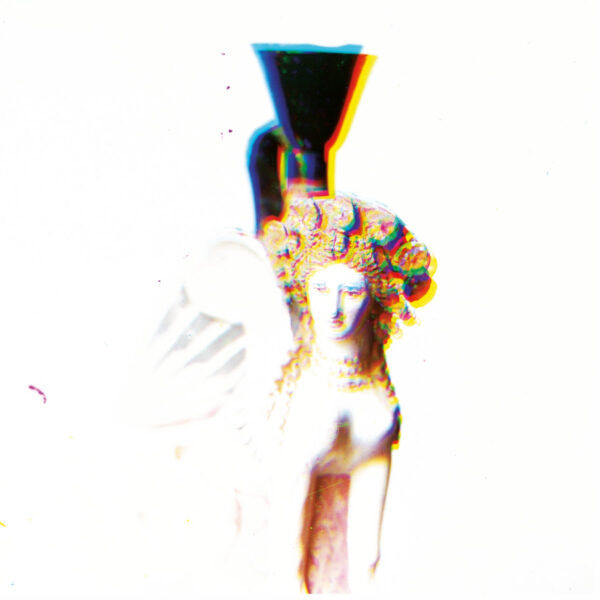 German Army are a Los Angeles band seemingly active since about 2011 and are led by Peter Kris, though over time their members have included colourful characters such as Meatball Maker, Chin Genie, and NH. The album we have before us Kalash Tirich Mir (YEREVAN TAPES YER017) was made by Kris and an individual named GT; this is the fifth time the band has released a full-length album on vinyl, but the would-be collector of German Army product is faced with the intriguing task of finding their considerable back catalogue (over 45 releases already) distributed across a series of hard-to-find CDRs and cassettes pressed on tiny obscure labels.

On the evidence of this item, German Army produce a highly convincing species of low-key art-rock music and song, tempered with drones, fuzz, distortion, and bizarre clonking rhythms. An aura of strangeness clings to each short piece, belied by the languid matter-of-fact tone with which the singer delivers the lyrical content. A lot of their charm resides in their semi-anonymised approach, not just in the overall presentation of the mysterious project (nobody knows much about them as people) but in the deliberate masking of the weird lyrics behind obfuscatory techniques, so that everything is filtered to us through the wrong end of a megaphone, or wrapped in the deep folds of an overworked cheap echo chamber, or both. Fans of the early Residents records will attest to the power of this effect, but unlike the singers of the 1970s Residents who would declaim, chant and bellow in expressive fashion to get their surreal and twisted messages across, German Army opt for the “mumble and mutter” strategy, upping the ante on Michael Stipe of REM. The song titles are also apt to fascinate, each one reading like the title of a modernistic novel or short story that takes us even further into the parched, alienated worlds of Raymond Carver.

This once-removed or even twice-removed from reality stance can appear mannered at times, but German Army also have an imaginative flair for unusual song construction and studio craft, which makes this LP a continually compelling listen. Economy and ellipsis are the order of the day. Instrumentation is used sparingly and minimally; toy-town versions of the Brian Eno school of studio production, exploiting the slightly kitschy sounds of cheap keyboard organs and buzzy synths, creating puzzling atmospheres and strange picture-postcard vistas with just a few deft aural strokes of the paintbrush. The songs may appear half-formed, without any actual conclusions to them, but this unfinished quality merely adds to the overall balmy sensations, and leaves us feeling like tourists in a forgotten small town during the height of a muggy summer, sweltering and enduring mild hallucinations in the shimmering heat haze. Another green cat walks by on its hind legs, and ice cream cones melt upwards in reverse.

German Army are tagged with “psych”, “kraut” and “ambient” labels on the Italian website that released this LP, but I appreciate these genre guides are just aids to help orient the overfed consumer. “Krautrock” is cited as an influence by so many bands and musicians that it seems it has become convenient to simply apply it to any music that uses extreme repetition or endless drone to one degree or another. German Army however are cleverly applying their knowledge of musical history, and even subverting it playfully in places; as well as art music, it’s equally possible to find traces of surf music and exotica floating like foreign bodies in these murky brews of song and noise. And it’s also encouraging to see them stick to something that resembles a song-like structure, albeit in a highly mutated and unrecognisable form, rather than stretching themselves out into a cosmic jamming band like Sunburned Hand of the Man or an endless looping project like James Ferraro and Skaters. As such, it might make sense to align them with the Canadian pariahs Tetrix (I seem to be their only fan in the UK) or the Cincinnati outsiders Heart Of Palm. This item was released in 2015 and arrived here 5th January 2016.