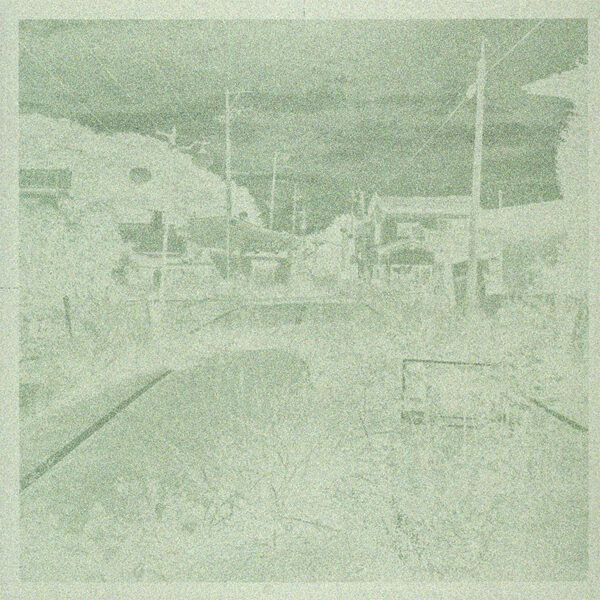 Nuclear power plant disasters were the starting point for Fictions (AUSSENRAUM AR LP 004) by Bruno Duplant, a French musician whose work straddles the fields of electro-acoustic composition, field recordings, and sound art; he performs on several instruments too, including the double bass, percussion and keyboards. We hear two side-long pieces on this LP, one named for Prypiat, the Ukranian city that was abandoned in 1986 following the Chernobyl disaster and has been a ghost town ever since; and the other for Futaba in Japan, likewise evacuated after the damage to the Fukushima Daiichi Nuclear Power Plant in 2011 caused by major earthquakes.

We should state upfront that Bruno Duplant has personally visited neither of these two places. His sound art here is a work of pure imagination, and he intends each piece to “investigate the relationship between fiction and reality”. This has involved a heroic feat of brainpower. He set out to ignore the “reality” of these sites, and wanted to somehow transform them into completely fictional statements, informed to some degree by a semi-science fiction idea about “exclusion zones”. This might have been inspired by the Tarkovsky movie Stalker (everyone and his brother takes ideas from that film), but apparently it wasn’t. Duplant is well aware that several sound artists have already visited these sites, notable among them Peter Cusack with his Sounds From Dangerous Places project. Conversely, Duplant wants to see if he can remake (or at any rate reimagine) Prypiat and Futaba in some fashion, using the medium of sound. To that end, he did not use sounds sourced from either area. What sounds he did use is not revealed to us, but rest assured they “originally had no relation with these places”.

This concept, and the process, read well on paper and Fictions is a highly promising premise. The results on the LP however do very little to live up the concept. To begin with, both sides are nearly identical in surface and form; a meandering, low-key drift around an uncertain droney soundscape, littered with slightly intriguing details and abstract shapes. We can’t find much difference between the two. Why do they warrant being cast as two separate fictions? Secondly, what are the “fictions” he is trying to spin? It’s far from clear. Both sides create the impression of nothing more interesting than a sleepy pastoral farmyard in the middle of summer, where all the farmhands have left and there’s nothing much going on; in desultory fashion, Duplant’s mikes explore the barn to examine some rusty machinery, while flies and crickets make low-key noises in the heat. In draining Prypiat and Futaba of their original significance, history and resonance, Duplant has failed to replace these core elements with anything more substantial in return.

Nothing objectionable about the sounds that Duplant makes, but if we didn’t have the supporting context there wouldn’t be much of interest to this hum-drum release. I’m completely in favour of a musician (any artist) seeking to reimagine the world, or parts of it, on their own terms so that it matches their own vision; exhibit A, Salvador Dali with his paranoiac-critical paintings, which may be mannered and pretentious, but at least he made the effort to impose his vision on reality in a highly convincing manner. Conversely, Duplant evidently isn’t able to live up to the challenge he has set himself. From 25th January 2016.