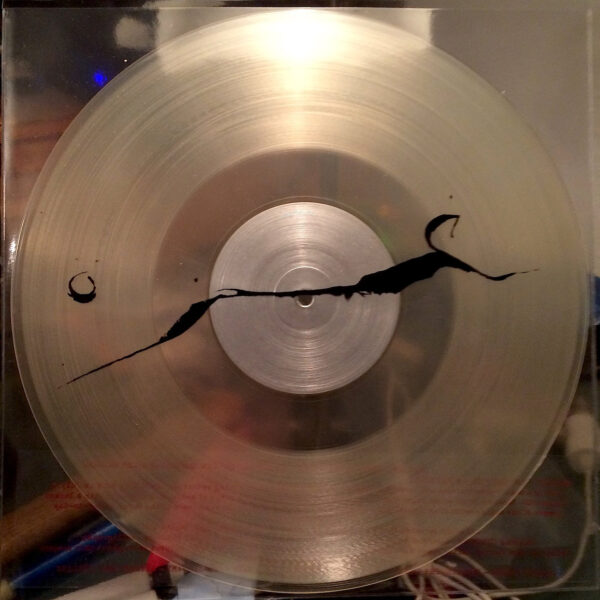 We’ve heard from Pharoah Chromium a couple of times, most notably with his sprawling double LP Electric Cremation from Grautag Records, which was an intense but punishing listen, something of a slog if you wanted to reach the end of it. I had no idea that the sole creator behind this project, the German-Palestinian musician Ghazi Barakat, also had a political dimension to his uncompromising messages. On Gaza, he makes his intentions more explicitly clear by turning his attention to the Arab-Israeli conflict in general and a 2014 episode in particular, a military action referred to as “Operation Protective Edge”. In doing this, he might be aligned with other musicians who have chosen sides in this affair, notably Muslimgauze and David Opp, whose records Mesarveem Lihyot Covshim and We Are All Terrorists were very extreme examples of sonic protest (and great music too).

On Gaza (NO LABEL), Pharoah Chromium doesn’t go to the extreme lengths of David Opp, but he still turns in two memorably harsh sides of noise and collage. He calls it a “sonic deconstruction and reconstruction”, using terms which aren’t far apart from the sort of language we’d expect to find in a Marxist textbook on radical activist cinema. The record has mostly been assembled from “found sounds”, which means most of its sources are derived from media blitzes. You can expect to hear lots of voice-overs, reportage, and documentary snippets of people telling their stories; mixed with this is the sound of gunfire, drones, vehicles, and anything redolent of a military operation in deployment. The vinyl LP even ends with a locked groove of a drone engine, “to give listeners the experience of the sound of day-to-day life in the Gaza Strip”. Alongside this assemblage, Barakat adds electronic noise to underscore his points, create an aesthetic effect, or simply to disrupt normal lines of thought for the listener.

There’s a real jumble of communication at work here, conflicting signals and contrasting styles of presentation; news reporters trying to appear objective and rational, fighting men seized with a passion and a cause. Where the sound of jets and rockets leaves off and the electronic noise of Pharoah Chromium begins is deliberately left unclear. The enduring sensation as we listen to Gaza is that of chaos, an insoluble confusion. Perhaps that is the message he wishes to convey, or else make a veiled commentary on media reportage of the situation. It’s hard to digest this release, and we’re not let off the hook by the provocative titles like ‘Death In The Making’ or ‘Against Terror’, nor the equally stark high-contrast photo showing devastation and destruction of cities in the Middle East. A private pressing in clear vinyl, 150 copies. From 1st February 2016.