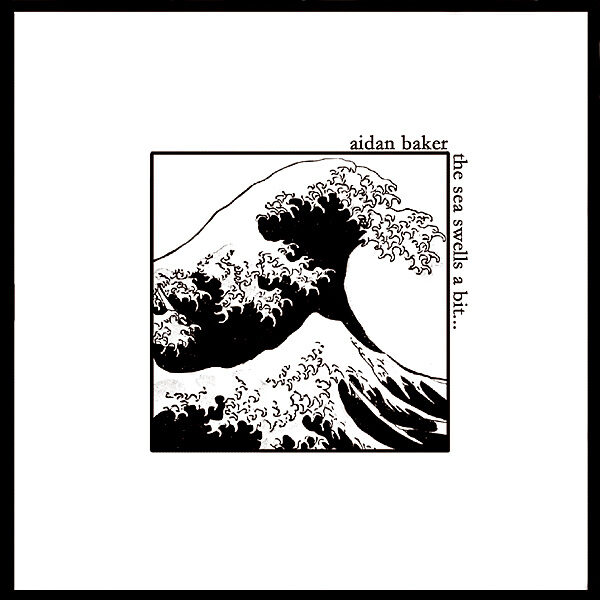 The Nancy-based ‘Ici d’ailleurs’ imprint (roughly translated from the French as “…Here….There…’), hit the mid-to-upper levels of u/ground conciousness with a couple of recent forays into the back catalogue of Matt Elliott/3rd Eye Foundation and their shining of light into dark corners continues with the release of the very first vinyl edition of The Sea… which was initially hatched on the ‘A Silent Place’ label ten or so years back. A time when this Canadian born guitarist/drummer, currently residing in Berlin (well, aren’t we all!), was caught between solo compositions/collaborations (w/ Tim Hacker and Noveller for example) and work with bassist Leah Buckareff as the Andre Breton-referenced Nadja; a duo mired in down-tuned ambience and all-enveloping dronework, which is best experienced on the heavee self-titled c.d. by the Fear Falls Burning and Nadja alliance (on Conspiracy Records/2007).

As alluded to on previous occasions by better men than I, the timeless world of the drone, driven on by the mighty, slow moving clank of gigantic celestial cogs and flywheels is a stylistic pursuit of relatively low incidence, but…there are still elements of filigree and embellishment which manage to open a few pages of an unfamiliar chapter. Namely the title track’s morose bass modulations and aquatic electronic shimmer, making this ‘Jacques Cousteau’s ‘Music for Seaports’ by any other name, while fragmented ribbons of electric guitar fuse with sparkling metallic sonorities on the emotive “Davey Jones Locker”.

Supplemented by a bonus live version of the title track, The Sea… appears to have finally completed the perfect watery triumverate aong with Hibernate Records’ Voyage c.d. by Spheruleus and Aethenor’s Deep in Ocean, Sink the Lamp of Light a Stephen O’Malley side project on V.H.F.