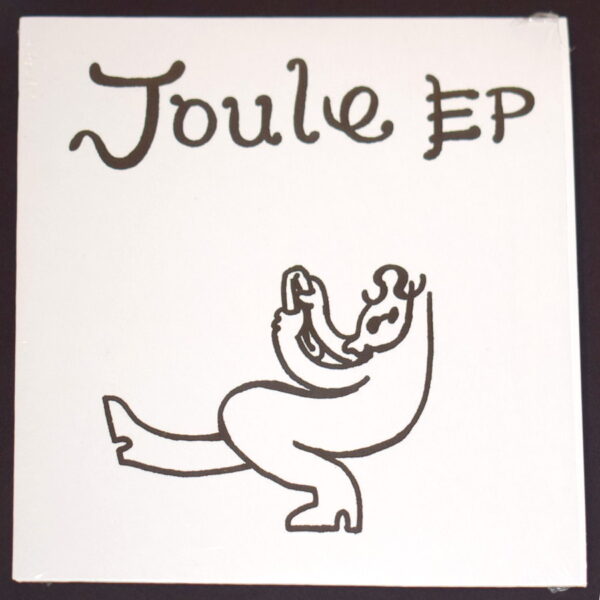 Vermont Singer Ruth Garbus charmed the world with her introverted song album Rendezvous With Rama for Feeding Tube Records, a remarkably withdrawn and sorrowful statement where her shy voice was barely staining the recording tape. I loved it. Her Joule EP (OSR TAPES OSR27) is much more upbeat and could be mistaken for a singer-songwriter from the 1960s or 1970s, by a young Joni Mitchell or Linda Perhacs. Very melodic acoustic pop with a good deal more confidence in the singing, her vocals are distinctive, and her understated and ingenious harmony vocal overdubs are magical, sure to please fans of The Byrds or sunshine pop records of the 1960s. Lyrical content is quite dense and full of clever sentence construction that can trip up the listener, but I sense there’s a lot of self-determination and self-expression in among the anecdotal observations of every-day life. Well-crafted, highly enjoyable, Ruth Garbus’ work is heartfelt and sincere. Recommended. 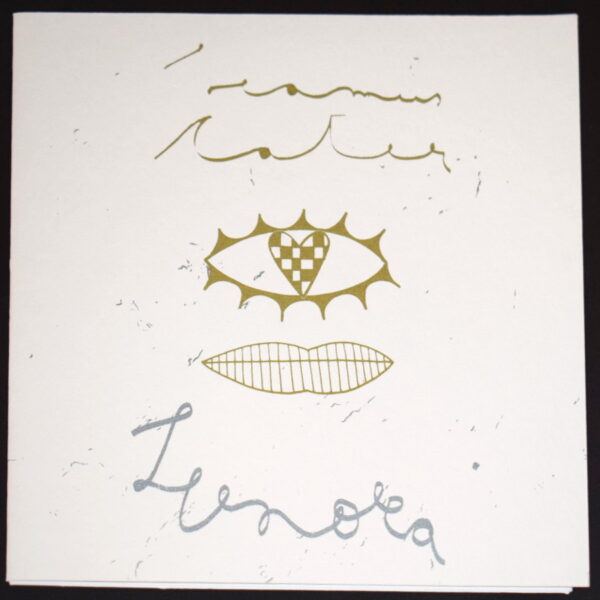 From his Amsterdam address the singer Seamus Cater sent us his single Lunora Live (ANECDOTAL RECORDS ANEC 02). I guess this guy’s work shades into avant-folk malarkey, for instance his banjo and harmonica record with Uncle Woody Sullender called When We Get To Meeting or his records of “subterranean soul searching sad songs” with Viljam Nybacka and others, called The Anecdotes. Here on live recordings from a tour of Italy, he’s not using much more than a concertina, a harmonica, and an electric piano. For some reason Cater never really connects with me. His singing voice is distinctive, but also rather fey and mannered. The melodies he sings strike me as very ordinary, with not a single phrase that might make them memorable to the listener. Both ‘Lunora’ and ‘The Piano’ here are strewn with sad symbols in the lyrics which don’t really carry meaning across to the listener, and leave Seamus stranded alone on stage in a fixed melancholic state. Most of the folk music I like to listen to is very direct, but Seamus Cater can’t seem to get to the point. On the plus side, I suppose there is something to be said for the spartan no-frills arrangements of these songs, and the clarity of the recording. The idea behind that is something to do with presenting the “core essentials” of a song; Seamus Cater arrives here by process of subtraction. This reductive approach has presumably been applied to the cover artworks, where the lettering is barely legible and we’re left with cryptic visual riddles to decode. Arrived 5th March 2014. 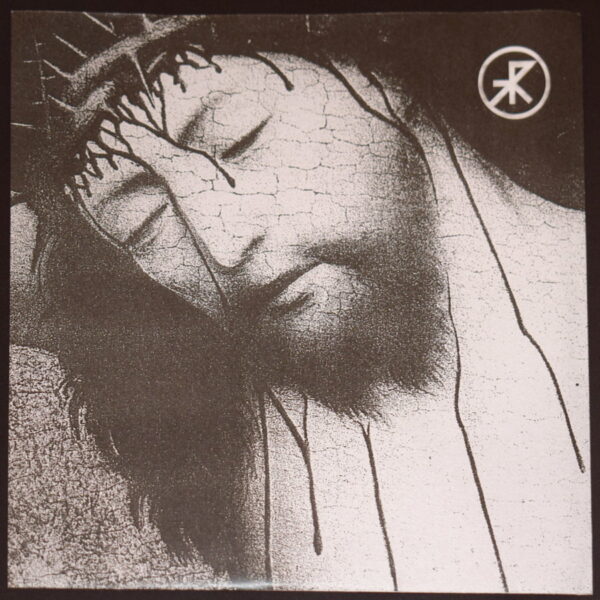 Always enjoy the intense Swedish gloom and noise from Fang Bomb Records. I wish there more of it. The single by Trepaneringsritualen (FB020) we’ve had around here since 2013. It’s a collector’s item by now. Notice the religious themes in the Bleeding Jesus cover art and the titles ‘Judas Goat’ and ‘Didymus Christ’, both of them rewriting chapters of the New Testament on their own twisted terms. Spin this little sliver of blackness to enjoy two bursts of a sort of intellectualised Black Metal, where the vocals are grisly and distorted and make their moan against a complex backdrop of non-guitar sounds. It’s a brilliantly evil way to concoct a monstrous sonic murk and highly original in the context of third-division Black Metal projects with their endless guitar thrash. Trepaneringsritualen is the alias of Thomas Martin Ekelund, my favourite Swedish depressive who also used to record as Dead Letters Spell Out Dead Words, and runs the cassette label Beläten. On these two sides, he finds a new way to express his despair and frustration, tying it in with naked religious symbolism to express feelings of guilt, anguish, and transgression. A superb release.