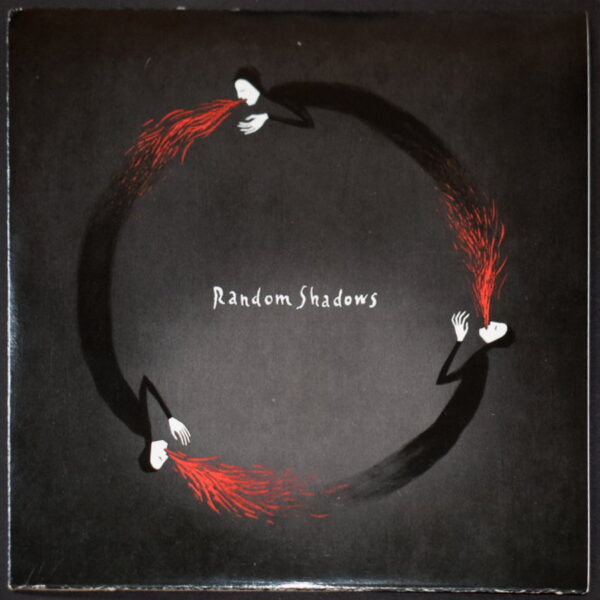 Got a 7-inch lathe cut from Urbsounds, the Slovakian label that’s the home of very unusual urban and avant-techno sounds. We have in the past noted the 2004 compilation Urbsounds Collective, and the 2012 CD Instant Satisfunction. “Inhuman machine-like spirit created from the incessant repeating beats,” noted Nausika at the time. Michal Lichy recently sent Random Shadows (SKY BURIAL 013 / URBSOUNDS COLLECTIVE [/] no. 30) by Urbanfailure, a baffling EP of three tracks…everything sounds very “muffled” on the actual lathe cut, which I expect is due to the limitations of the process, but when played on the Bandcamp page you get quite a different story and the music’s aggression comes to the fore. ‘Gridiron Ambience’ starts out as a random array of beats and nonsensical noises, including some completely out-of-context birdsong recordings, then gradually warms up into a menacing and pounding mess – only to subside into mystery again before you get any ideas about bouncing up and down to the music. Quite bewildering in its compositional shape. You might fare better with ‘Standoff Abrupt’, which has a more recognisable rhythm and squelchy synth patterns, but the sounds are mean, abrasive, and nasty. Any hopes of continuity or uninterrupted listening are constantly sabotaged by Urbanfailure’s disruptive interventions. The blurb on the Bandcamp page indicates something of this record’s intentions, through allusions to mathematical principles, integers, and the human nervous system.

The cover art is by Tove, depicting three hooded spirits breathing fire in a mystical circle, and on the back cover apparently taking part in a makeshift funeral. This back cover, all suffused greys and blacks, feels very appropriate to the music somehow, especially when I play my lathe version with its ghostly and pallid beats. There’s also a full colour foldout, with a photography by Jana Mikova depicting air pollution and black clouds in a sickly green and orange sky, and image that induces a profound industrial horror in the viewer. From 15th April 2016.