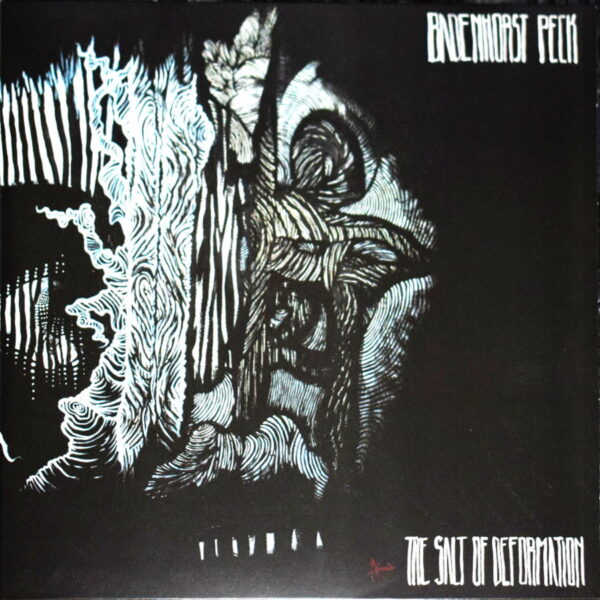 The Salt Of Deformation (KLEIN Klein 05 / TUBAPEDE) is another great LP featuring the superb Dan Peck and his tuba, this time teamed up with the Belgian player Joachim Badenhorst with his bass clarinet. I’ve had a lot of time for Peck’s basso-profundo resonant growls ever since we heard the classic 2009 LP Acid Soil by the Dan Peck Trio, surpassed narrowly by his “acoustic doom metal” project The Gate. Recently I had to put Nick Hoffmann right on Twitter, when he casually asked “why no tuba improvisers?” (Other acceptable replies he received pointed him towards Robin Hayward.) Peck and Badenhorst met up in 2009 and formed this duo in 2013, sharing common interests in improv and classical music, and composing new works for their chosen instruments – a task which Welsh genius Rhodri Davies has had to take on also, finding very little in the way of modern avant-garde music scored for the harp.

Given the nature of said instruments in this instance, The Salt Of Deformation naturally exhibits a whole bundle of long deep tones which produce much vibrant rattling and resonating. Their sound fills up the room in 0-60 seconds (your mileage may vary), and the substance it fills it up with is not unlike a form of solid tapioca you could swim inside. But this fanciful image may overlook the precision with which Peck and Badenhorst deliver each measured puff, an attention to craft which gives every note a very specific weight and gravity. Each note hits the target, they land right in the pocket, but instead of firing arrows from a crossbow these two fellows are hurling lead spheres in slow motion, like shot putters who have turned that idiotic sport into a cross between performance art and ballet.

So much for the quality of the respective tones. The music itself is deliciously gloomy without being fusty, suggesting the creaks of age on an old-time sailing ship or well-seasoned beams in an old wooden house while friendly spooks tramp about upstairs. Many cuts feel like ancient rituals of some sort, primitive prayers that are little more than despairing groans to an unheeding deity which our ancestors may once have uttered. Indeed ‘Broken Stop’ is described by the press notes as following a “quasi-medieval chant form”, an analogy which makes sense to me. The sound of monks at prayer rendered as woodwind and brass; all we need to complete this conceit is for these two to record a set of Phurpa cover versions, or vice versa. However, in pursuing that line of speculation, we may simply be taking a cue from the cover art; that vague shape to the right of the tree trunk might be a sinister cowled figure escaped from a monastery of the bizarre.

Click on to ‘Aders’ if you want to hear an actual human voice alongside these sonorous puffs. On it, Badenhorst is reciting a poem in Flemish, getting back to his origins as a Flam or Floon. This is eight minutes of slowly measured cryptical hell doled out by the teaspoon; Joy Division-styled lyrics set to a deconstructed Morton Feldman composition, and sung in a deathly-pale recit by an unplugged Xasthur. Plus it has Evan Parker-like circular trills adorning the surface in places, but this evil birdsong effect does nothing to lighten the grim mood. ‘Aders’ is but one stand-out on this strong LP of black sludgy drone. Recommended! Many thanks to Dan for sending this…from 18 March 2016. 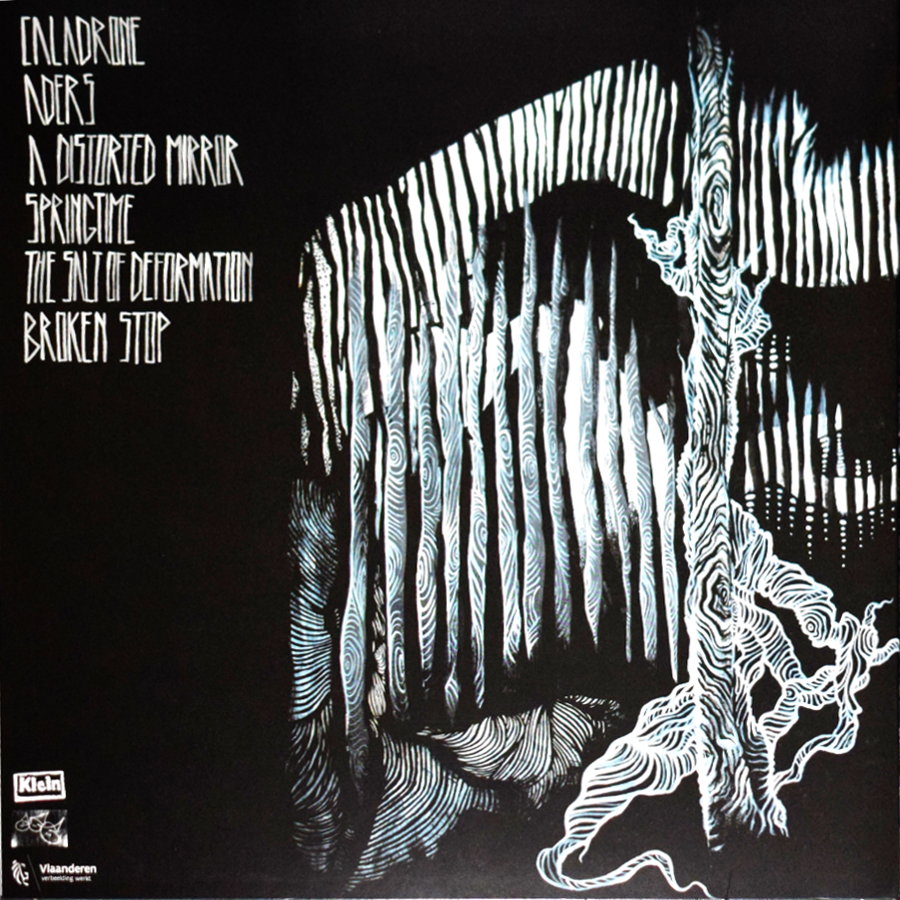