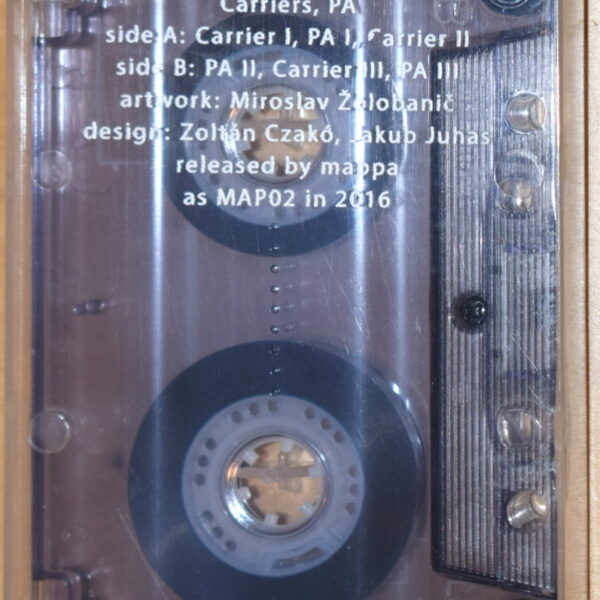 English electronics composer Adam Asnan has been on the radar for a number of years now, first with cassettes from the Foredoom label and then through the imprint Hideous Replica, both sources of fine grisly electronic minimalness. He’s also one third of the occasional trio VA AA LR with Vasco Alves and Louie Rice. Very happy to receive his cassette Carriers, PA (MAPPA MAP02) which has been issued by a Slovakian label and kindly sent to us by Zoltán Czakó, who also did the design; the geometric styled cover art is by Miroslav Žolobanic.

Pretty testing listen; single-minded hums, purrs, drones, buzzes and distorted whines abound on this stark set of sounds, resolutely refusing any connection with reality and ploughing their remorseless furrow down a pathway of severe abstraction. Few variations, and the rough-edged sounds are not particularly engaging. With these fearsome grinds, Asnan manages to transcend simple process-art, and it’s not just through sheer persistence either. I am persuaded he has clear ideas about form, structure, and duration that guide his moves. Hope this gives you some idea what to expect. Of course, you may stick it in your player and hear nothing but off-tune transistor sets or the annoying growl of workmen doing drilling three blocks away, which would also be a perfectly understandable response.

One of the more rewarding and successful experiments we’ve heard from this fellow, perhaps because it’s more continual and maximal than some of the more puzzling minimalist forays to which he’s tuned his dials and knobs. Apparently this work was made several years ago using analogue synthesisers, a technique which Adam rarely works with these days. The two different series – named Carriers and PA – were not intended to be played side by side, but he finds to his own surprise that they work very well together. Very good! From 13 April 2016. 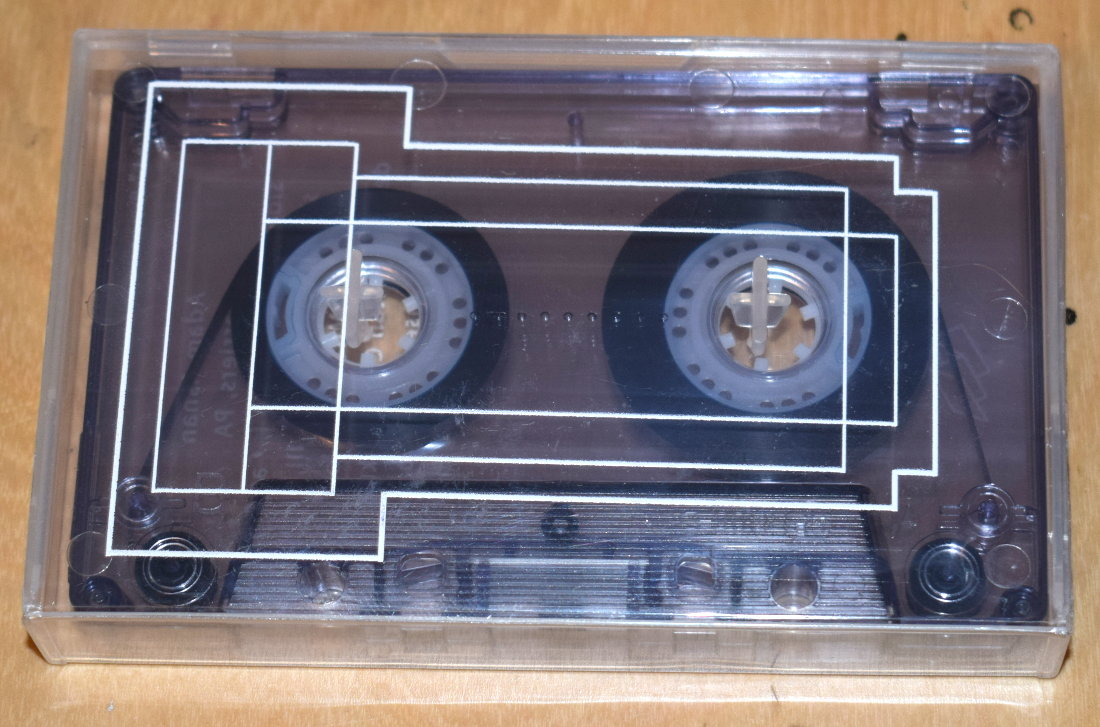