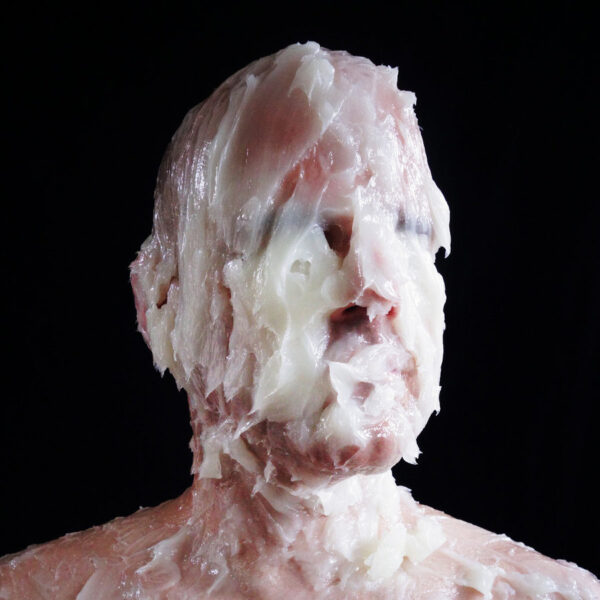 Quite nice record of electronic drone music from Marc Kate in San Francisco. It’s rather dark in mood and he calls it Despairer (FAILING FORMS FF02). What he’s despairing about is the state of the world today, and specifically the so-called “tech culture assault” that is affecting everyone and everything. I suppose by this he’s referring to the growth of IT software, social media, and internet companies, a phenomenon which it’s probably pretty hard to avoid today, but especially if you live in San Francisco. What concerns Marc Kate is that in our rush to become good e-citizens, “humanity is being evacuated”. As a counter-measure, he proposes to use technology itself to strike a blow for the human race, hence this all-synthetic record of digital drone.

The slow-moving and melancholic music here has clearly been assembled with considerable care, and great attention is paid to tiny shifts in timbre and mood. I also like the way he avoids the “ambient blend” which is such a common problem in this area, by which I mean the way it’s possible to overmix one’s tones and colours and end up with a muddy paintbox of very samey music. By contrast, Kate strives to keep his sounds nicely separated and distinct, and overall there is a clean, polished surface to all the resonating music on Despairer. Meanwhile, the elaborate titles are mini-exercises in intellectual fun, and give further clues as to the concerns and worries that keep Marc Kate awake at night: ‘All of the books we burned’ is a very extreme reaction to the growth of Kindle and Project Gutenberg, but perhaps it’s a good oppositional stance to adopt to call attention to the current “digitise-everything” madness. And ‘I Would Do Anything For You. Except Listen’ could be read as an indicator of how the core values of human relationships are gradually being eroded by the superficiality of social media interaction, and the way it reduces our attention spans to minus zero. I may be reading too much into these titles. As for ‘Abject-Oriented Ontology’, I have no idea what this means, but it’s a snappy phrase for sure.

Well, Marc Kate’s fears of technology dehumanising mankind are not especially new, and such phobias have been around for as long as we’ve had science fiction stories, but it’s to his credit that he turns the condition into a very personal and heartfelt emotion, placing it squarely at the centre of his work. There’s also the classic “head covered in lard” cover photograph, which reminds me of the sadistic Laurel & Hardy short film Tit For Tat, where the unfortunate grocer has his head pushed into an entire drum of lard. I think it would be great if Marc Kate could turn this lard episode into a piece of performance art with his own music playing at loud volumes. This action might just be enough to start a chain reaction, ultimately bringing about the collapse of 25 start-up tech companies in SF. Let’s hope. Lawrence English did the mastering; which is apt, as at times it feels and sounds like something he would have released on his Room 40 label. From 4th April 2016.