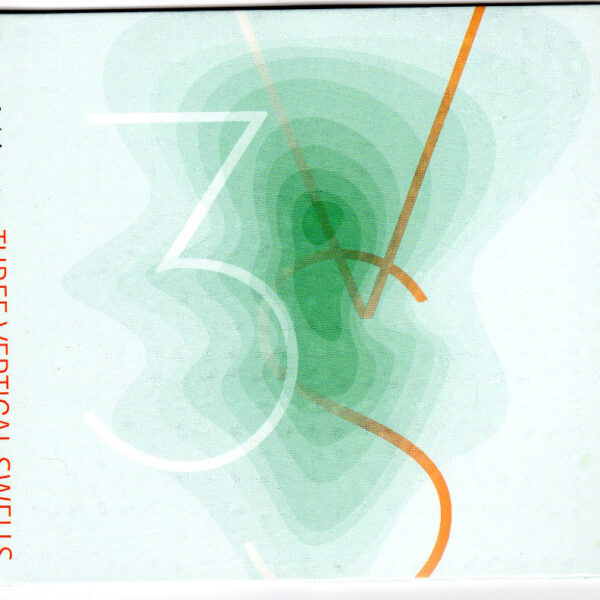 Two substantial compositions on Three Vertical Swells (UNSOUNDS 27u) by the American-born composer Peter Adriaansz, who studied in academies at The Hague and Rotterdam. On both he’s supported by performances from the contemporary chamber group Ensemble MAE.

Some of his work begins with an investigation into pure sound. He prefers doing this to scoring notes on paper. Three Vertical Swells has grown out of his research into the sounds made by a Hammond organ, in particular its rotating Leslie speaker, and also a “glissando-like fuzz” which came out of one of the speakers. Both of these might technically be regarded as faults, but good composers can do a lot with a glitch. He translated his findings into a sine-wave patch, which I assume is a way of generating a specific tone; Ensemble MAE, using woodwinds, strings, electric guitar, an ebowed piano and percussion, were required to emulate this tone in some way, copying its “contours”. The Hammond organ is still present in the finished work, and so are the sinewaves, but the amplified Ensemble are working in a strict mathematical harmony with these drones. If this reads like something boring and process-for-its-own-sake, I think you’ll be amazed at the sinister power and strange beauty of what resulted. I don’t pretend to understand more than a tenth of the complexity of Adriaansz’s method, but just by listening you can appreciate the solidity of the construction in this fascinating, shape-shifting, microtonal work.

The other piece is Music For Sines, Percussion, Ebows & Variable Ensemble, divided into five separate parts. Once again the parsing of a sine-wave has been the basis for the work. He refers to a phenomenon called beating-patterns; this isn’t exclusively a musical thing, and you could probably learn about it by studying the physical sciences of acoustics and human hearing. “When two sound waves of different frequency approach your ear, the alternating constructive and destructive interference causes the sound to be alternatively soft and loud – a phenomenon which is called “beating” or producing beats.” [1. Source: http://hyperphysics.phy-astr.gsu.edu/hbase/sound/beat.html] From this rule of science, Adriaansz develops rules for how the composition will develop; fixed and “free” materials (meaning a certain leeway in interpretation, I suppose); combinations of players working in solos, duos, or trios as the rules dictate; and something called “specified harmonic gamuts” which determine when each player can choose to enter the piece. The same instrumentation features as on Three Vertical Swells, but here the microtonal events are much more percussive in nature, and the development of each six-minute segment (even the timing is strictly regulated) does feel compressed, disciplined, resulting in very distilled music of a tremendous purity. Enigmatic, fascinating; a miniature universe unfolding in sound. From 3rd July 2012.