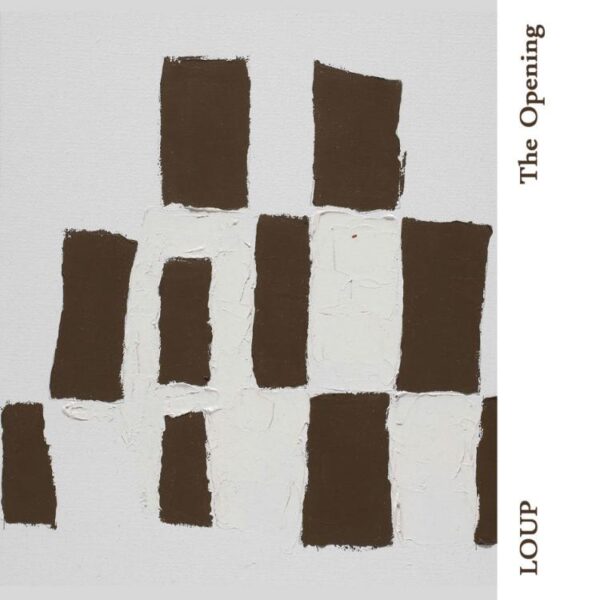 Very good record of lively sax-drums-electronic music from the French group Loup. Their The Opening (GAFFER RECORDS GR036) is very inventive and varied, showing multiple ways in which the combinations of instrumentations and styles of playing can produce entertaining and strange noise – free jazz freaks, mysterious puzzled drones, melancholy howls, and other instances of unsettling human emotions. All done through judicious and sparing use of echo effects and electronics, which are used to enhance the core truths of each performance. Clement Edouard is the sax player who has also played with Lunatic Toys, Polymorphie, Snap, Kofi, and IrèNE…where with some sax players I usually start off by admiring their tone or their style, with Edouard what I like is his directness. He gets stuck in. Not a single tune here where he doesn’t get straight the point and sticks to it, discoursing with enthusiasm on a particular point until he gets it all talked out. Your man Sheik Anorak is also known as Frank Garcia, is the owner of Gaffer Records, and has been noted on these pages playing with Colin Webster and Mark Holub at the Vortex. Well, Sheik is more of a noise man than a conventional jazzer, though has appeared with the saxman Mario Rechtern in a trio along with the lunatic American percussionist, Weasel Walter. I’d also be interested to hear his experimental Black Metal project, Neige Morte. What Sheik is doing here is impressive, keeping each piece wide-awake with his off-beat percussion assaults and his wackoid electronic interventions. From the sizzling heat of each short track here, you’ve gotta believe the recording sessions were a barrel of laughs. Unkempt, playful, noisy, extremely entertaining; The Opening is a right-on blast of joy. From 3rd July 2012.