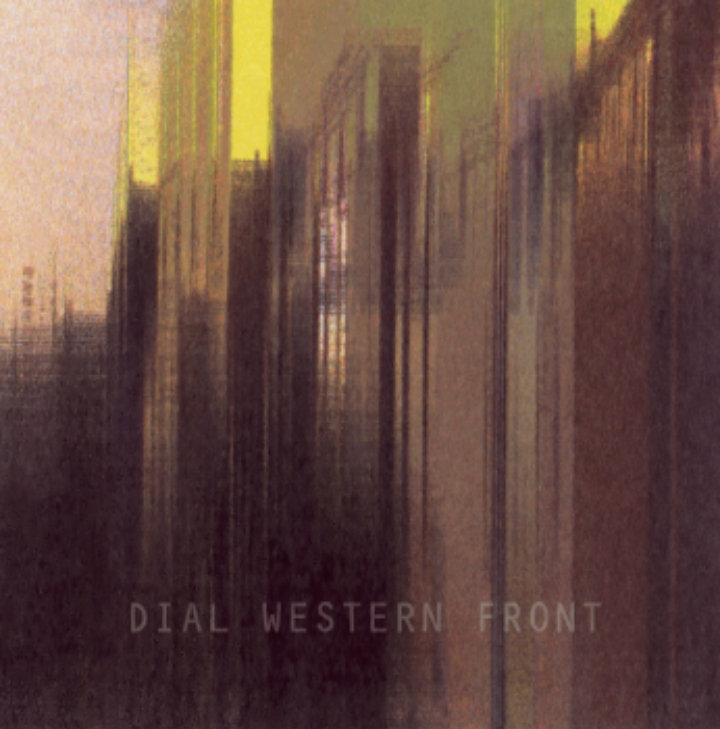 Dial are a reliably excellent underground US band, featuring the talents of Jacqui Ham from Ut. They’re not terribly prolific though, and the last item we enjoyed was their superb album 168k released in 2007. From November 2012, we have Western Front (EKTRO-084) issued by the Finnish label Ektro Records, their fourth release. Besides vocalist and guitarist Ham, there’s Rob Smith from God adding guitar and drum programming, and Dominic Weeks from Furious Pig and Het. I think one of their virtues and well-demonstrated on this release is their very basic approach in the studio – most of these songs are done by the simplest of means, a combination of drum machine, vocals, and synth or guitar. The assembly of the music seems to take precedence over any conventions of song-writing; we often have the feeling they’re building the songs building-block fashion right there in the recording room. This gives every song a tremendous directness, a clarity of intent; the songs comes charging out fully-armed, fully-loaded, ready to mow down all like an armoured tank. The press note here gives the impression the band flit about between the US and France, and make records when and where they can in guerilla fashion, a method which seems very plausible. Extremely inventive and edgy music, building on ideas of No Wave and post-punk, laced with additions of 1990s-styled table noise, lo-fi techniques, and taut, Can-styled rhythmic loops. Recommended!