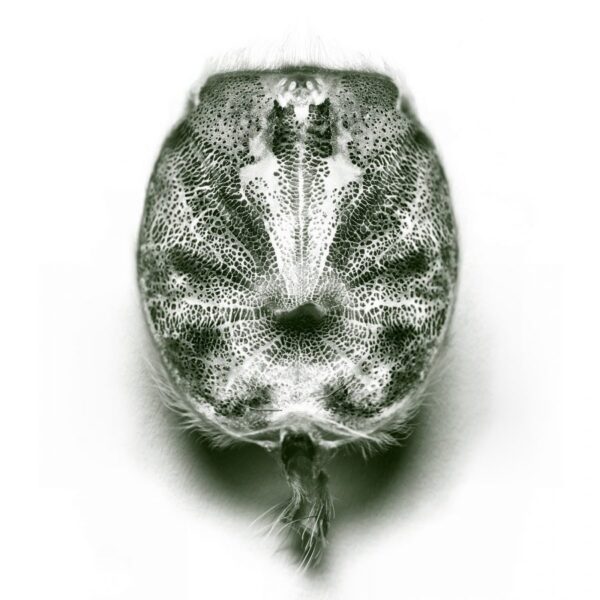 The composer / musician NE Trethowan is based in Tampere in Finland, though given his actual name is Nicholas Edward Trethowan I wonder if he has Cornish roots. He has appeared on two compilations for the label Linear Obsessional Recordings, namely Open The Window and Two Minutes Left, and here he is now with an entire solo release for that label, the collection Grammostola (LOR 080) which contains eight instances of his subtle and understated craft.

While these quiet and crackly drones may be pigeon-holed in the “ambient” genre if so inclined, I found several instances where Trethowan is able to transcend any limitations and arrive at his own highly distinctive sound. I think it was around the track ‘Suvanto’ that I started to become convinced. This is not a bad piece of work at all. Like a lot of composers in this general area, he’s got a declared interest in slow and subtle change, and these pieces certainly reflect that, but his goal is to try and efface traces of human intervention if possible – he wants to achieve a certain “distance from active human composition and authorship”, and would be happier to create music that feels more like a phenomenon of nature in some way, as if simply created by the elements.

The active agent making this into an aesthetic experience is not him, but us as listeners; we do the work of “link[ing] together” these “fluctuating, chaotic, momentary events.” In terms of his processes, a lot of the work begins as samples which he gets from second-hard records, specifically choral records he found in Finland charity shops. His extensive reworking and reprocessing methods allow for a certain amount of random or chance events, often expressed as automated scripts probably run in the computer. This appeals to him as much as structure and order, and so any given piece here may represent a fortuitous combination of accidents and interventions. I would guess that NE Trethowan is being slightly modest here; many other musicians working with the same techniques and sources would come up with something dull and samey, so in spite of his attempts to distance himself from “authorship” I would say Trethowan’s personality or signature imbues this work.

In the final analysis, it’s quite beautiful music, recommended to listeners who enjoy Ian Holloway and his Quiet World label. If you want to hear more of his work, there are numerous file-based releases on his own Tavern Eightieth label. Limited edition CDR (50 copies) with inserts. From 28 April 2016.