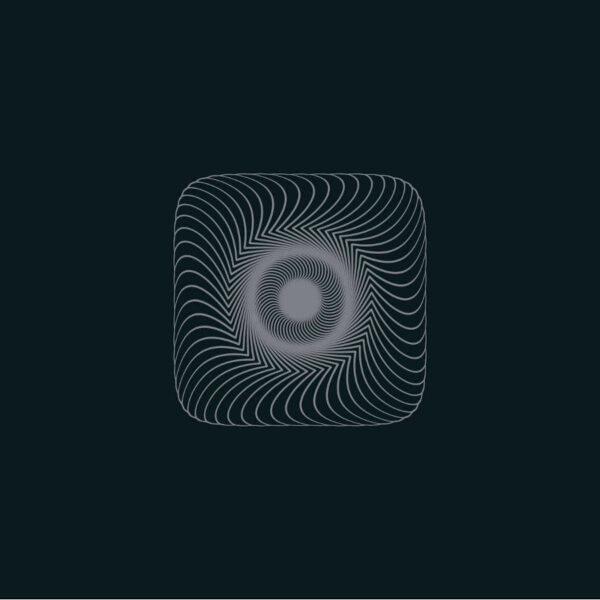 I’ve been kinda intrigued by CoH (Ivan Pavlov) ever since hearing his IIRON album many years ago, but that’s because it was produced using guitars and to my rock-seeking ears resembled some sort of avant-garde, metaphysical take on heavy metal. In my rush to find a viable alternative to Sunn O))), I was overlooking the electronica drones and techno beats in the mix on that release, whereas it seems the latter music is broadly more characteristic of what CoH gets up to. Retro 2038 was an all-computer music record which I interpreted as a futuristic vision of how the disco-dancefloor would evolve over time (not that I really care much), while 2014’s To Beat was much more of a process exercise, composed from micro building blocks like pulses, tones, and sine waves, to create something akin to aural illusions of space and depth.

Well, now I’m facing the ultra-minimal and slow-paced throbulations and hummings of a new record called Music Vol. (EDITIONS MEGO EMEGO 222), and while this is far removed from my dream of intellectualised guitar rock, it’s still managing to cast a compelling spell of mesmerising wizardry using only the simplest of means, in an extremely unhurried fashion. There’s something calculating about the evil ways of this Soviet monster, a man who probably wears a grey business suit at all times to throw his unsuspecting victims off the scent, when in reality underneath that suit he’s got a torso of muscles rendered hard as steel from his years of dedicated exercise in an underground gym of brutality. The tracks here, languishing in the 7 to 8 minute realm, are almost like lullabies, soothing you into a false sense of security with their comforting, gentle rhythms and tiny, unsophisticated melodies. Yet there’s no disguising the sinister undercurrent; when you wake up, if indeed you ever do, you’ll probably find yourself with some vital organs missing, or you’ve been sold into slavery and sent back in time to serve a long term in the Gulags.

I’ve no idea how this diabolical and subversive music was created, but the press notes are blithering on about the “VOL.” part of the title, stressing this is the key to understanding all, and insisting that CoH is playing around with “volume” in some way. “Concepts of silence and sound…variations of volume…soft progressions of sound”. Good grief. As if classical composers have never used dynamics in the last few centuries. It’s true that the music seems to have been created and mastered to exist in some barely-there twilight of perception, so you have to crane your head forwards even to be sure you’re still alive, at which point the mastermind of the operation will sneak up behind you, cover you up with a black sack and slit your throat with his garotting wire.

When I was still an innocent fanzine editor, I used to enthuse about this ultra-minimalist thing in the early 2000s and even came up with my cute name for it – “Very Special Nothing Music”, used to describe the work of Francisco López, Steve Roden, RLW, and Bernhard Günter with his Trente Oiseaux record label. But somehow CoH is nothing like that. After all, these are still relatively conventional tunes and compositions on here, it’s just that they are forced into this low-key slow-moving profile through his very deliberate working methods. The punchline to this is that he’s got his own distinctive approach to using “volume”, not with pre-planned silences to create sensations of emptiness, but incorporating it into the blueprint of each piece in some way. Whereas RLW et al wanted us, I think, to “enjoy” the silences as if they were music, CoH is obliging us to pay more attention to his timbres, sounds, and atmospheres, forcing us into his cruel constrictive bubble of pain. Very good. From 14th April 2016.