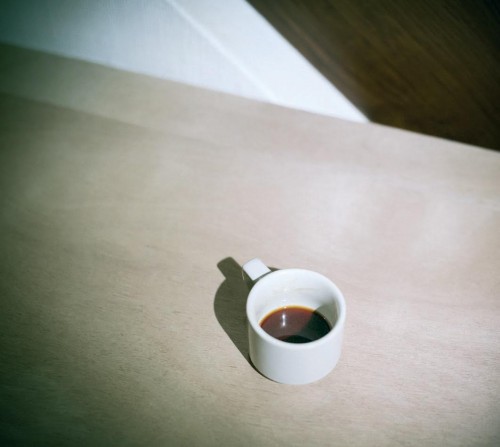 The clue, as it turns out, is in the title. That “salon at the bottom of the lake” is a quote from Arthur Rimbaud’s Une Saison en Enfer, an image much appreciated by the first generation surrealists, who saw the incongruous juxtaposition as a sort of motif for their own practice of collage – and collage is exactly what we’re dealing with here.

Marc Baron is a composer whose preferred medium is good old analogue reel-to-reel tape, cut-up, slowed down, stretched, pre-recorded and otherwise messed about with to produce new sound worlds for your consideration. This latest work unfolds over three tracks. The first, “Un Salon”, is quite linear, a progression of found sounds and field recordings, bursts of piano melody and aggravating clicks that, cumulatively, have a remarkably disquieting effect. I’m reminded of William Burroughs’ weaponised use of tape playback. This stuff can be dangerous, so handle with care.

If the second track, “La Structure”, feels more successful as a collage, it’s possibly because I’m able to hold more of it in mind as once, perceiving it as a whole rather than a succession of interesting noises. Imagine the Multilevel List function in Microsoft Word simultaneously developing consciousness, a voice and dementia. Imagine it shouting “1 point 1, 1 point 2” and so on at you, only it keeps repeating bits of the sequence and forgetting other bits. Imagine this happening under a dangerously buzzing power line, whilst you’re being attacked by seagulls. That’s what this track sounds like, and it’s my favourite of the three.

We’re back to the found sound routine for the third track, “Un Lac”, which is just as unsettling as the first. Those clicks are present here too, like the visible stitches of the thread which holds the whole thing together. Now that I think about it, there is a shape to the album as a whole, with these two linear pieces mirroring each other either side of the more structured second piece. The clue was in the title there, too.

All in all, a stimulating wander through the magnetic fields.