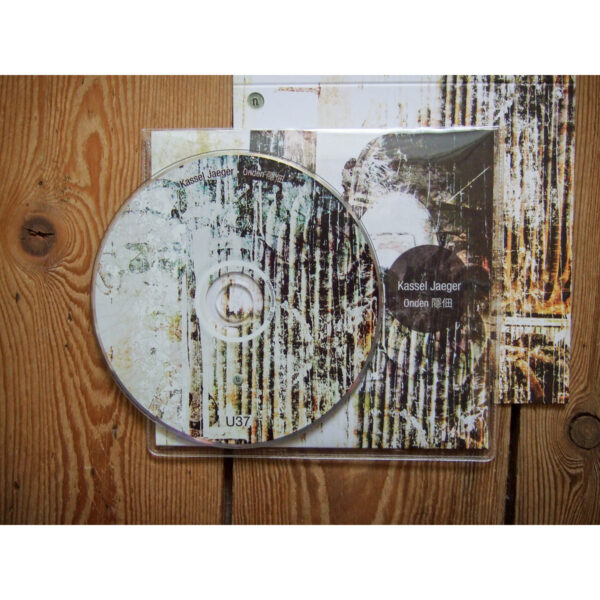 If you enjoy the soothing frying sounds of electromagnetic fields captured from lights and cables, and want something of the ambience of Japanese cities as well, you’ll feel at home with this surprisingly calming urban soundscape of field recordings made by Kassel Jaeger in various locations across Tokyo over a six-month period in 2015. The material has been spliced into one continuous flowing track of layers of droning textures, all frying away and intriguing in their sonic pointillism, each dot of sound complete in itself as a tiny mini-universe and all of them joined up in long extended linear strings that are more than the sums of their minuscule atoms. Jaeger lets these sounds speak for themselves, not trying to shape them into structures with recognisable beats or rhythms and the result is a leisurely sinuous, almost organic river of metallic or sparking textures brimming with alien life and energy.

The actual sounds are very difficult to describe and yet they can remind listeners of all sorts of objects and memories: a hydrofoil coming into a bay and settling down beside a wharf to deliver its passengers; a leaf-blower in the far distance from where you’re sitting; cargo trains passing in the night; machines laying asphalt on a road; and probably lots more besides, depending on the individual listener’s own past experiences. No sound in particular evokes a mood or feeling and as a listener you tend to passively observe the sounds passing by rather than feel engaged with them. Yet these soundscapes can be very hypnotic and through their mesmerising quality keep boredom at bay. Some listeners may even find a spiritual dimension in the sounds, especially near the end of the recording where deeper tones begin to resound amid the receding textures.

There are actually two very different soundtracks here on the album: the more obvious urban-generated soundtrack of electromagnetic humming and droning, and people going about their daily business in the city; and the world of birdsong, insect ambience and other murmurs of the natural world that acts as a counterpoint and commentary on sounds generated by humans and their machines.

I do find this a very likeable recording though its length and obvious lack of musical structures won’t endear it to most people. You’d be hard put to find another recording of droning metallic noise drone that’s just as serene, majestic and impassive as it rolls by.