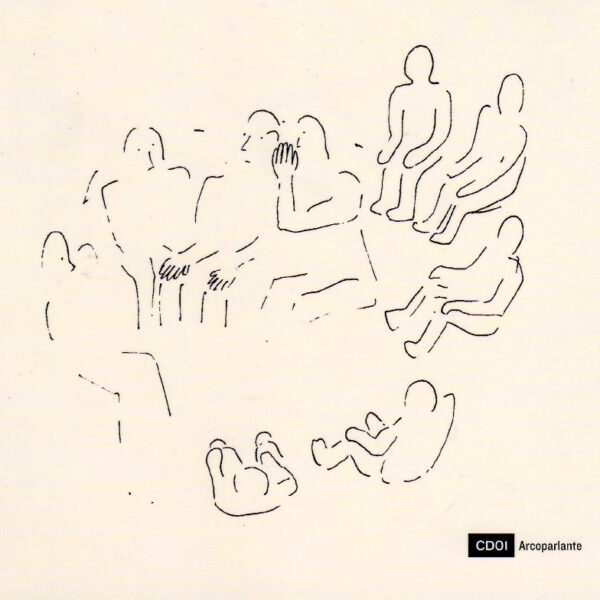 Stille Post: Radio Works 2003-2011 (BÔLT RECORDS BR R010 / MONOTYPE RECORDS mono100) is a boxed set of radiophonic works by Italian sound artist Alessandro Bosetti which we received 21 June 2016. There are four CDs in the box. I’ll try and get through them one at a time, which means the reviews will be distributed. Arcoparlante is CD01 and dates from 2009, when Bosetti staged a game of Stille Post (Telephone) on German radio, with the help of the Klangkunst team at the station. The exact method used for this piece of live performance art isn’t crystal clear to me, but it involves sending “almost incomprehensible radio messages” over the air and having them repeated, transcribed, and re-transmitted. It’s a gigantic game of Chinese Whispers..even the simplest and most commonplace phrase is immediately misunderstood and transformed into polysyllabic nonsense, or some vaguely amusing jumble of words.

Bosetti describes the process as a “gigantic sound poetry generator” and calls Arcoparlante “an electromagnetic feast of misunderstanding on a grand scale”. You can feel the delight in his words as he writes this, pleased as Punch with having created this odd Tower of Babel situation for 50 minutes. I get the “grand misunderstanding” part of this project, some of which is to do with mistranslation between European languages, and lot of which is to do with distortion; what I don’t quite get is who was receiving the messages, how the misunderstandings were relayed back into the process, and whether anyone was even listening to the broadcast. But I don’t expect any of that matters. It’s a compelling listen, mainly because it’s so complex and happens so quickly, and the fragments of ultra-fast gibberish just whizz by like errant birds or insects in the ether. You really need to be paying attention or you’ll lose the thread in short order.

There is a structure to the work – each episode or example of the game is prefaced by an announcement which helpfully numbers the experiment in a frightfully Germanic manner – but this structure seems to break down very quickly, and the underpinning logic is hard to fathom in among the intense swirl of clipped words, phrases, static, music, distortion, and more static. Even so, it’s clear we’re intended to hear this as something “episodic”, like 300 episodes of The Archers compressed into less than an hour. I wonder if there was any post-production editing to bring about this delirious rush of information, distilling a night’s work into CD length, or if it all went down like this on the night. Souped-up John Cagean methods at work…a controlled form of chaos…a great record.