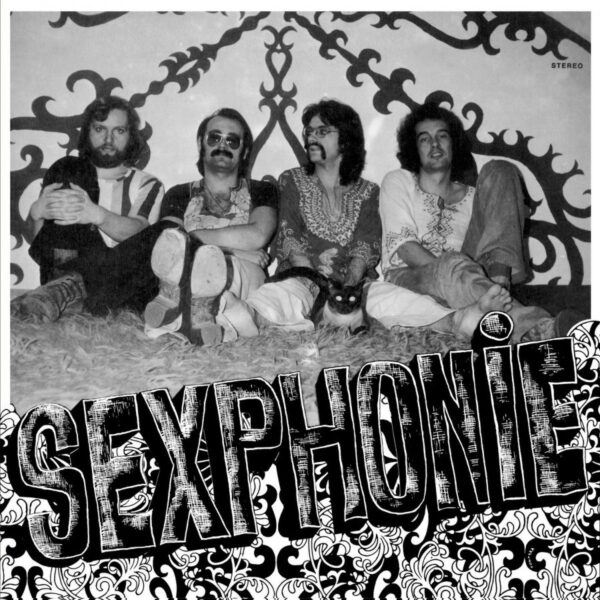 The Sexphonie album by Tyll (MENTAL EXPERIENCE MENT004) is a welcome reissue of a very obscure 1975 Krautrock album, originally released on the small German label Kerston Records. The guitarist Det Fonfara, who performed as Teflon Fonfara, was approached by label boss Fred Kersten to put together a record, most likely to cash in on the “popularity” (ahem) of Krautrock at the time. After all, Kerston had just put out a compilation record called Proton 1, featuring a bunch of fourth-division nobodies from the German prog and fusion areas – Nexus, Penicillin, Zyma, and Andorra. Fonfara designed the cover to that particular canard.

Fonfara’s response to the commission appears to have been to assemble a pick-up crew and rush them into the studio in short order – much the same way, perhaps, as Polydor Records had hoped to create the German equivalent to The Beatles when they approached Uwe Nettelbeck. Instead, they got Faust – but that’s another story. Fonfara had connections with Eulenspygel at the time, so he poached the drummer Günter Klinger and brought in some muso-friends of Eulenspygel as well. Tyll were thus a studio band who only made this one record, and what’s more the project was completed in a matter of weeks. The other members were bassist Achim Bosch, who later played on the Mongoloid album by German New Wave band Ernst, and vocalist Michael Scherf, who has vanished from view since.

Matter of fact, there’s at least three singers on Sexphonie, including Susanne and Ulrike Schemmp, and their performance really lifts up the song ‘Paranoia Eines Verliebten’, turning it into a species of post-hippy Bubblegum Pop, laced with edgy singing, a riotous “party” atmosphere and a strong beat that Phil Spector would have loved. The multiple vocalist thing also works well on ‘Delirium-Song Grammophon’; the words may all be in German, but I can’t help feeling this bunch are preaching heavily about something. This may be why other experts have compared Tyll to the more explicitly political agit-group, Floh De Cologne.

The remainder of the album is great too though. Essentially it’s a basic rock trio set-up with guitar instrumentals and very strong drumming, with melodies that occasionally trigger associations of non-Western music, and highly syncopated time signatures. Fonfara may not be an exceptionally inventive guitarist, but he’s not excessive or self-indulgent; his taut and compacted work on ‘Tim’ is impressive, to say nothing of the ingenious studio-concocted freakout that appears unexpectedly in the middle of that song. ‘Nervenzusammenbruch Einer Gitarrre’ is another gem of power-trio looseness and facility that rivals early Guru Guru…‘Asiatische Liebeserklaring’ is more explicitly Indian in its references, the guitar sounding like a sitar, and pasted thickly with hippy dreams of exotic travels and bricks of hashish.

If I am right about my speculative notion that Sexphonie was intended as a quickie cash-in attempt by Fred Kersten, it has ironically turned into something which fans of the genre (and 70s guitar music in general) can now truly appreciate and savour. This may account for why originals of the LP command a £300 price tag. If you’re thinking of investigating the label for further buried treasure, I wouldn’t bother – it appears Kerston Records mostly released 7-inches of Schlager and German Pop. From 3rd June 2016.