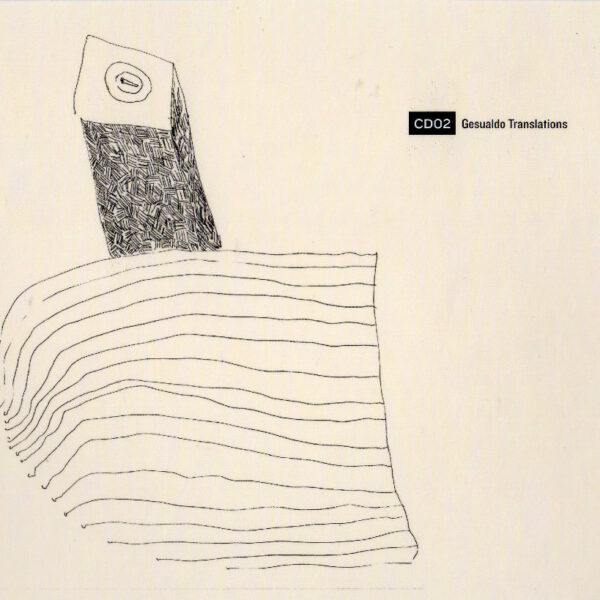 Another slice from the Stille Post (BÔLT RECORDS BR R010 / MONOTYPE RECORDS mono100) box set by Alessandro Bosetti. CD02 is Gesualdo Translations, Bosetti’s take on the amazing music of Carlo Gesualdo. This Italian renaissance composer was famed for his bold harmonies and use of chromatics in his madrigals, and although neglected for a long time in the history of serious music, was reclaimed by Robert Craft and others and came to be regarded as a kind of forerunner of modernism; indeed I’ve even read a fascinating book called The Gesualdo Hex (by Glenn Watkins) which makes a convincing case for seeing Gesualdo as a precursor to serial and 12-tone composition.

Gesualdo also continues to fascinate a modern audience because of certain sensational details in his private life, for details of which I refer you to your own research. I’m fairly sure Bosetti knows about all this, but here he’s chosen to push the music through a daring experiment involving non-professional singers, in a sort of serendipitous crowd-sourcing action…he passed through the streets of Napoli, a place where Gesualdo is known to have lived and composed, and asked random people he met on the streets (and in cafes, churches, and markets) to participate. They would sing along as best they could to a recording of a single voice played back to them on headphones. Since the madrigals – taken in this instance from the famed fifth and sixth books of Gesualdo, regarded as his best and most experimental works – are multi-voice compositions, this clearly involved a lot of hard work by Bosetti in disaggregating the individual voice parts, and then re-assembling the parts from the taped results gathered in from his street singers.

The rich and complicated results on this record, some 45 minutes of heavily-edited suites, expand the “original chromaticism” of Gesualdo… “microtonal shadings are brought into the mix”, is Bosetti’s enthused claim, because the untrained singers, though often spirited and giving it a real go, are not really managing to hit the right notes at all. “Approximate renderings” is how he politely describes it. Additionally, further contextual field recordings from the streets are thrown in – people simply talking, chatting, bartering…along with cars, car horns, and other bits of guitar and keyboard music sourced from I know not where. All of this produces a delirious mix of sounds, assembled to a logic only Bosetti understands, and creates something new which is both familiar and strange at the same time. 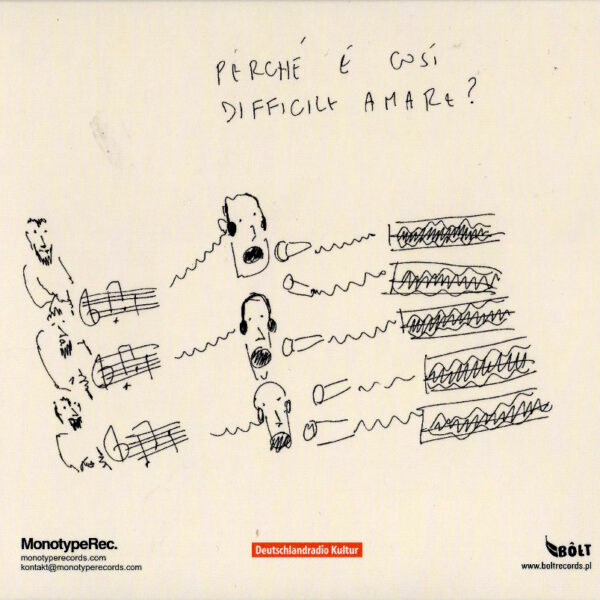 A Gesualdo purist would probably be dismayed at the “bad” singing and take exception to the utterly fragmented mosaic-like approach of Bosetti’s assemblage, but taken as a whole lump of stew it’s a totally compelling experience. He calls it “a meditation on the practice of screziatura”, and screziatura is an Italian word which approximates to “mottling” or “speckling”…he may be thinking of a particular painterly effect, because I think one of the other pursuits of this genius polymath is the study of certain renaissance painting techniques, and composing or discovering musical parallels for them…how ambitious can you get? He also of course enjoys the random essence to the work, saying something about “the erratic nature of musical pitch”; and like everyone’s favourite mentor, John Cage, he is to some degree is allowing chance to guide his odyssey around the pathways of Naples and the people he met to produce these musical statements. Highly original and striking sonic coup here…