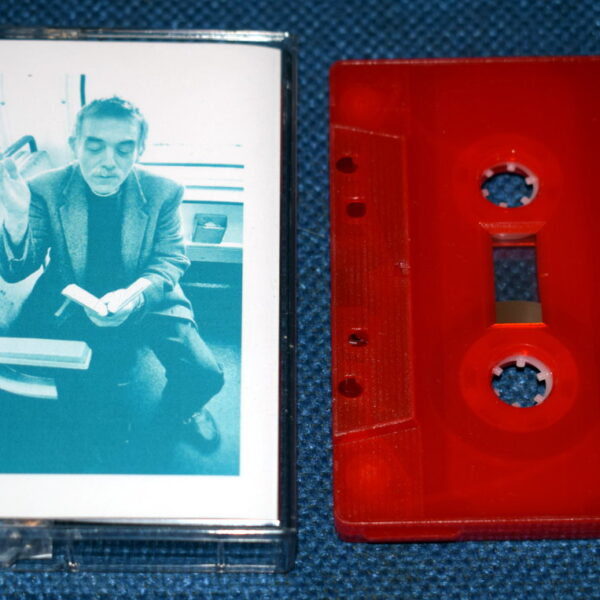 Eugenio Sanna is a great new discovery to make for me. Evidently he’s an avant-garde improvising guitarist, although you’d never guess from the scant printed information provided on La Porta Stretta (TUTORE BURLATO #04), a C29 cassette containing seven examples of his very extreme instrumental craft. Scrapes, jangles, metallic howls and whines, non-musical and semi-musical sounds combining in a delirious but very brittle melange of playing. I’m particularly keen on the false harmonics he sends up in the air from his precise strums and attacks, much in the manner of a 1970s Derek Bailey. While the natural sounds of an electric guitar are heavily disguised for the most part, he doesn’t do it through the lazy use of pedals, but through his own innovative technique; and he’s advancing the possibilities of the instrument in many ways, rather than trying to actively destroy or subvert one of the linchpins of Western musical culture. I’m delighted by the physical, hands-on, nature of his playing; he seems to be physically wrestling with a problem in real time, and solving it, rather than contemplating insubstantial abstract notions in an airy-fairy manner. I see he’s played with Mike Cooper on record at least twice, which is encouraging, and also with Edoardo Ricci since the 1990s. There’s also an odd record he made with Jealousy Party, whose bizarre antics on another record we noted recently here. Sanna walks a lonely furrow and ploughs a tempestuous wind, but his armour is bright.