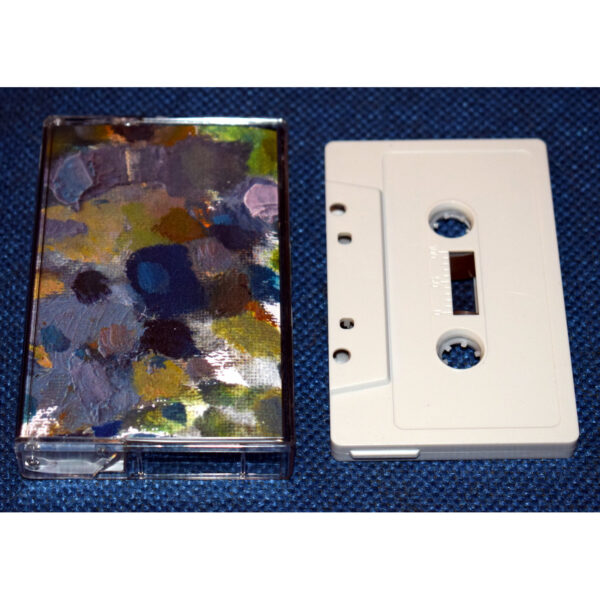 I found Posset’s YHWH cassette (TUTORE BURLATO #03) heavy going for my ears and brain…lo-fi low grade bedroom noise-doodling crawls unbidden out of the darkest corners and moves strangely before us, with no apparent end in view. The noises are mostly twisted and deliberately ugly, every track seems to propose an interminable session of pain, and there’s a random, unfinished vibe to his overall approach which feels as though he isn’t really exerting himself. However, he keeps going nonetheless, and once he’s into the zone of protracted, uncomfortable vocal groans accompanied by broken and ill-sorted electronic noisy burrs, then there’s apparently no stopping the man. In spite of myself, I found myself coming round to his grotesque world view, and growing accustomed to the dank, unlit chambers in which his music dwells, troll-like and surrounded by mushrooms growing from the walls and where thick green slime is smeared over the windows. Posset is Joe Murray, may come from Newcastle, and clearly has penchant for absurd fractured word-art in his titles, which suggests a depth and richness which his flat and static aural utterances don’t always possess.