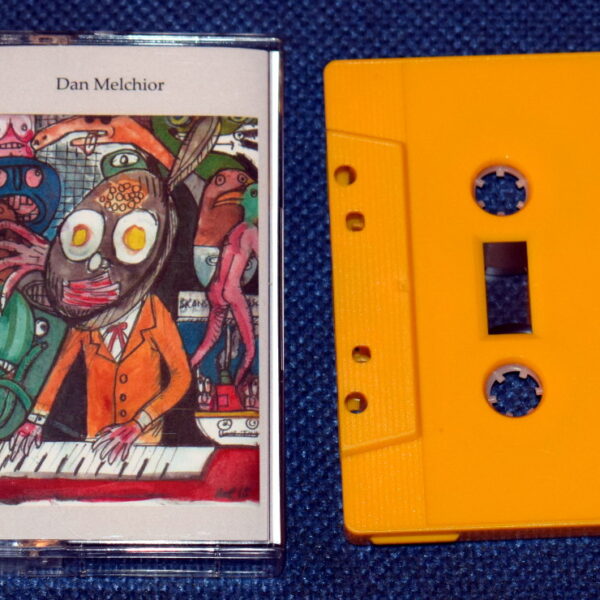 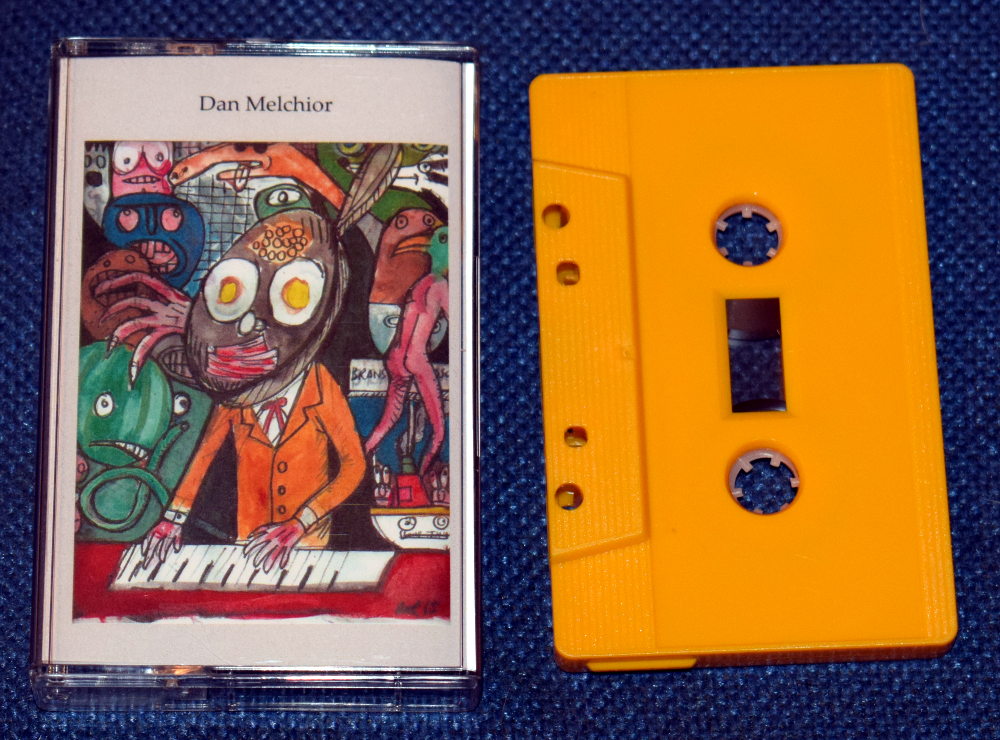 On Human Of Stow (TUTORE BURLATO #05), the irrepressible eccentric Dan Melchior turns in a perplexing two-parter of far-out proportions, using electronic music and voice elements. A lost Creel Pone masterpiece emerges from his gifted hands, and mouth. And the additional contributions of Emily Bobb and Glen-Rodman-Melchoir play a part too. These unsettling analogue synth puffs, combined with wayward drones and errant popping squeals of noise, create a miasma of swamp-like dimensions in short order, causing the innocent wayfarer to lose their way in among the swirls of green fog and seemingly endless roadway, unwinding against an uncertain tilted horizon. We’ve enjoyed this English performer’s highly quirky approach to songwriting, on such albums as Catbirds and Cardinals, but Human Of Stow reveals his talent for abstract art music of a highly labyrinthine nature. I’d almost forgotten he teamed up with Ezio Piermattei, who sent me all these cassettes and probably runs the label too. The results of their collaboration were released as My Dance The Skull MDTS10, noted here in 2015. Great cover painting to this cassette is also by Dan; kind of Paul Klee meets The Beano.