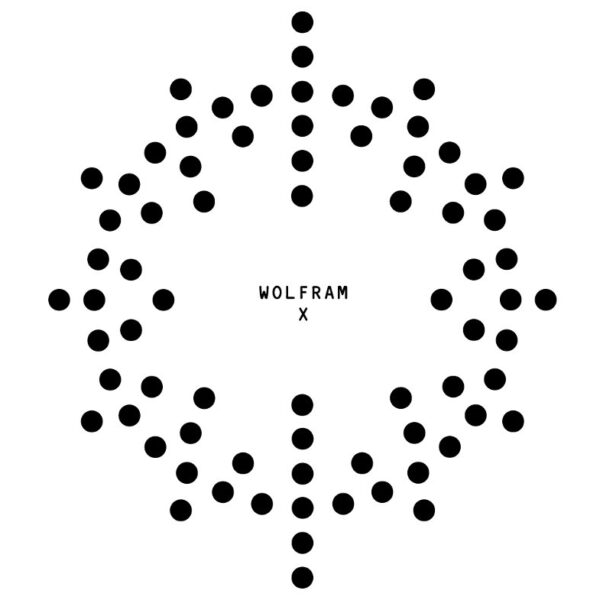 Wolfram’s name seemed to strike a chord in the corners of my brain, but in checking I found I was confusing him with the free jazz trio of the same name from Stavanger, whose CD for Va Fongool nevertheless featured a cover of a demonic dog with mad staring eyes, an image which might have appealed to this fellow, the Polish Wolfram. Dominik Kowalczyk kicked off his dark ambient drone career in the early 2000s with a couple of small-run CDRs for Polycephal, then kind of fell off the map and went under radar, unless you count his Thinking Dust album for this label in 2005; he got involved in some side activities involving music for cinema, theatre, and sound installations, and may have surfaced on some compilations too.

Today he creeps back into the public consciousness with a highly effective album of atmospheres, rhythmical drones, warm pulsations and uncanny textures, simply called X (MONOTYPE RECORDS mono102). The record company are delighted with it and invoke the familiar terms such as “disturbing” and “hypnotises with subtle structures”, “anxious”, and “ascetic”. I’d also like to point to track titles such as ‘Introspektiv’ and ‘Secret Humans’, both of which indicate a predilection for strangeness and mystery, while insisting on one’s own mind (and all its secret maze-like pathways) as the centre of everything – a trend which began, I suggest, with his very first record, 2001’s Mind Locations. I have no doubt that Kowalczyk finds solace and expression in his very internalised, self-examining music, and that it’s a form of therapy that keeps the men with butterfly nets at bay. We’ve heard Dominik before as one third of the trio Komora A, but personally I much prefer this solo material…seems purer, more single-minded. From 12th July 2016.