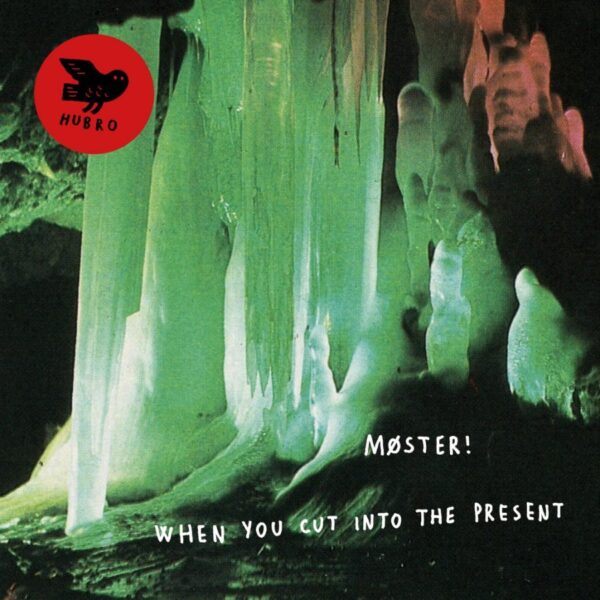 Fine instrumental music from Møster! on their album When You Cut Into The Present (HUBRO MUSIC HUBROCD2565), where Kjetil Møster and his men turn in five lively performances with a rock set-up that’s a framework for Kjetil’s sax melodies and the guitar efforts of Hans Magnus Ryan. Last noted this band for their 2014 album Inner Earth, where Steve Hanson responded warmly to their “heavy prog” vibe. I would concur…in places we can find traces of “jazziness” in their playing, and it’s not just because of the agitated sax blowing, but the fact that they don’t follow conventional verse-chorus structures or time signatures, and instead tend to keep blurting it out for eight or nine minutes at a time, in a sprawling jam-session style, provided we can use that phrase without any suggestion that this is flabby, self-indulgent or shapeless music. Rather, Møster! are as taut as a spelunker’s climbing rope (I’m using imagery suggested by the front cover, and I just hope they actually go cave exploring on weekends, thus validating my speculation) and punch their messages home with close attention to dynamics, energy, and concision. Come to think of it, their drummer Kenneth Kapstad may be one of the more important members in that regard. Whereas a lot of Hubro records tend to be a little too pleasant and countrified for me, this album delivers a strong avant-rocky punch to the bread-basket. The album title is derived from a William Burroughs quote, which is in fact completed by one of the track titles here, but it looks as though that’s about as this band goes as regards flirting with underground culture or experimenting with cut-ups. From 12 July 2016.