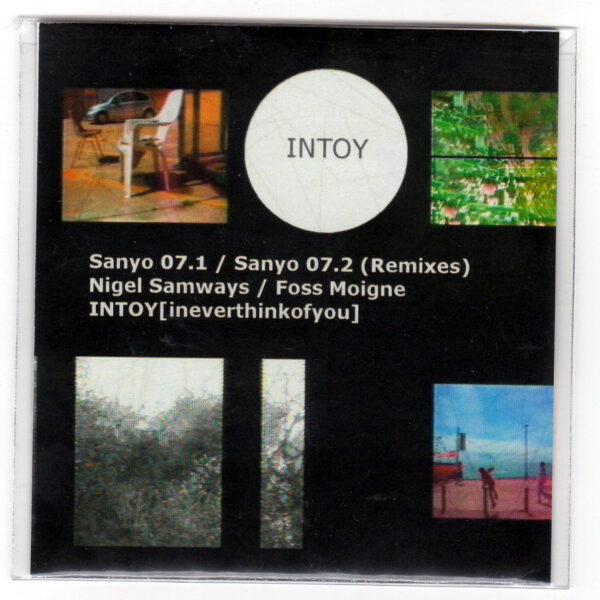 Nigel Samways has passed this way a couple of times, first with his Nuclear Beach record in 2014, and then with Temple Of The Swine in 2015. Both were elusive records, characterised by a very diffuse cloud of sound and much overlapping of unidentifiable sound sources. His written explanations on these only served to deepen the mystery, of course. What I have always enjoyed is the beauty and the mystery of his work; fragile atmospheres, somehow captured successfully on a recording medium, without any pretensions or over-elaborated ideas. We’re getting much the same vibe from today’s record, a collaboration with Foss Moigne called Sanyo 07.1 / Sanyo 07.2 remixes (INEVERTHINKOFYOU INTOY4). Apparently it’s derived from a set of field recordings made in Japan using a minicasette dictaphone recorder; there are two remixes which give us “two new views of the same material”, and beyond some allusion to “similar structural elements”, we’re not told very much. The choice of lo-fi recording hardware no doubt accounts for much of the surface noise, but the actual sound events captured have an uncanny air; a root drone somehow floating in the air, lots of air and space, and the distant wail of female voices singing. It’s like a vision from the past, somehow captured and made whole. It’s a short 3-inch CDR, but you will wish these 20 minutes of divine sound could go on forever. From 20 July 2016.