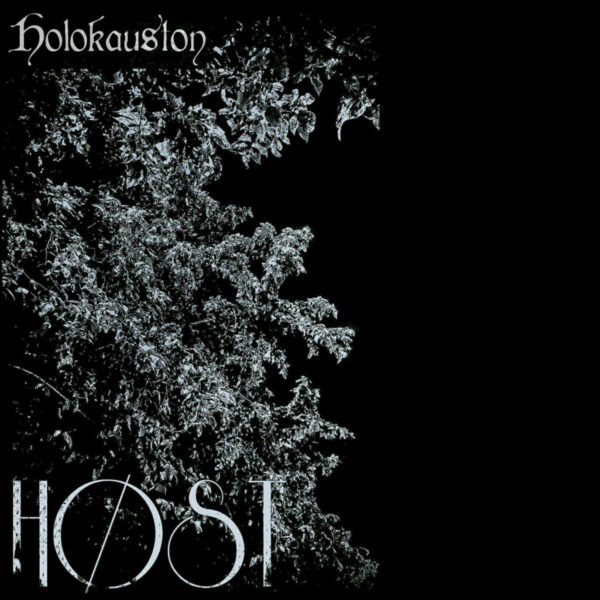 As debut extreme / experimental albums go, “HØST” by Holokauston, a one-man BM project based in India, is as mind-destroyingly extreme and bleedingly raw as any I’ve come across before. The music ranges from melodramatic synth-orchestral soundtrack music to primitive punk BM throb and pummel, all shot through with a demented and disturbed genius. As far as I can tell, the album is the work of Holokauston head honcho (and sole member) Arjun Somvanshi who produced it as well. I dunno what conditions Arjun S played under and what the studio was like but whatever, wherever it was, it must be one helluva hellfire-n-brimstone hellish place to be where churning guitars are chopped up into brain-destroying metal shuriken slivers that cut every nerve and every cell connection, the chainsaws wheeze with demon minds of their own, the drums throb and pulse in response to an unholy life force and the entire recording ends up a juddering, broken, psychotic beast on the rampage. Guitars spew industrial-strength liquid acid that corrodes and melts down machinery. Amazing how the fluttery pounding drums quickly take over your own heart beat and force your head and body to judder in time to the insane outpourings as well. The vocals range from angry crabby groaning and demented mutterings to screams and howls.

There do exist moments of the most astonishing clarity in which acoustic guitar melodies flow easily and breathy clear-toned voice sighs but these times are very brief and highlight the unhinged nature of the songs. In these moments, the production is clear and sharp, much better than what I would have anticipated for a self-produced album, probably made at home, in a country (India) where electricity isn’t always reliable and blackouts occur most days. After the album’s halfway point, the songs become much louder and sharper, and a lot more frenzied, so I assume the recording wasn’t all done in one hit. The riffs and melodies are much clearer and the racket turns out to be much more ordered and less chaotic than you might think. Arjun S really does play guitar and drums well and the more I listen to this album, the more cohesive the songs actually are in spite of their looseness.

All the way through you’re treated to a wild and exhilarating ride in sheer crazed acid BM fury but the craziest parts turn out to be the intro and outro title pieces which are truly bat-shit exercises in experimental synth keyboard / piano retarded noodling. I really had a great time with this album – the only downside is when it all ends and I have to readjust to the real world.