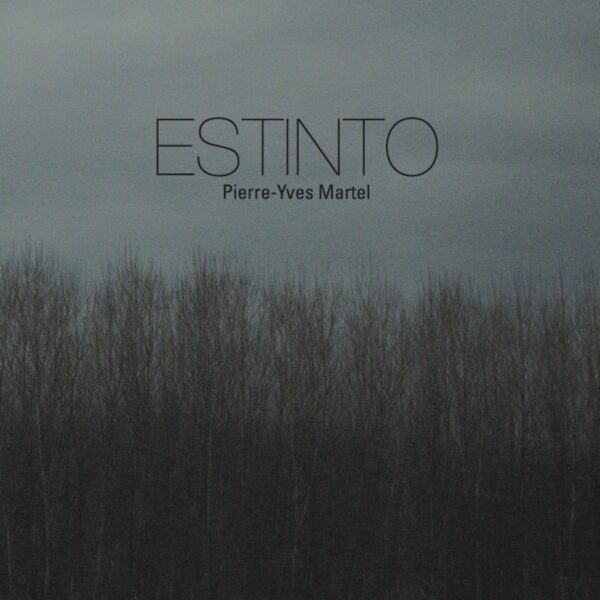 Estinto is an interesting title for this disc, as it means “extinct” or “(a debt) paid off”. However, what or whom Pierre-Yves Martel is paying off with this single 54 minute piece of music is not acknowledged. Treble viol and harmonica played simultaneously by Monsieur Martel, in a room, while sitting on a chair, probably; whilst being recorded by Ross Murray. It’s kind of like a pulsing sub-Wandelweiser silence-followed-by-signal-followed-by-silence piece; so if you imagine a guy sat there on his chair playing harmonica and treble viol simultaneously for 54 minutes. More like durational performance art, which arguably you might prefer to experience on dvd.

If you look at his website he is presenting himself more as an artist – it’s that ubiquitous term: “sound artist”, rather than “musician” although he does say that “he also works outside of instrumental music altogether, using a variety of objects rife with new sonic possibilities, from contact-mics and speakers to motors, wheels, surfaces and textures.” Like the label, he is Canadian; from Montréal I believe? The label is based not far away, in Hull, Québec. It is a piece of work that has a little trouble with its own existence outside of the artist’s head… I hesitate to use the word “conceptual” because there isn’t really much of a concept here. Clearly he’s playing with silence – the idea of using silence as a compositional tool which as I said before, is an idea I think he may have seen used by members of the Wandelweiser collective – although its equally possible that he came to this way of working in his own logical or logistical process of development – it is interesting to me (for reasons that admittedly have nothing to do with this disc before me) that Wandelweiser have gained or encouraged a reputation for using silence or quietness when quite a lot of their output is undeniably maximalist; Michael Pisaro’s A Wave And Waves for example – you couldn’t get much more maximalist than that, or at least this is the Greg Stuart rendering of it that I’m thinking of.

Pierre-Yves Martel’s work here is aimless, lacks the thrust of development and is somewhat repetitive. There are only two major changes that happen; although as an architectural tool compositionally this strategy works well. Overall, perhaps it could occupy the function of background music for an art gallery, say, were it not for the fact that sonically, it is so strident. This is a challenging piece. Do I applaud the artist’s decision to produce this piece of work? Yes. Yes, I do. Will I listen to it again at home for pleasure? I’ll let you know.