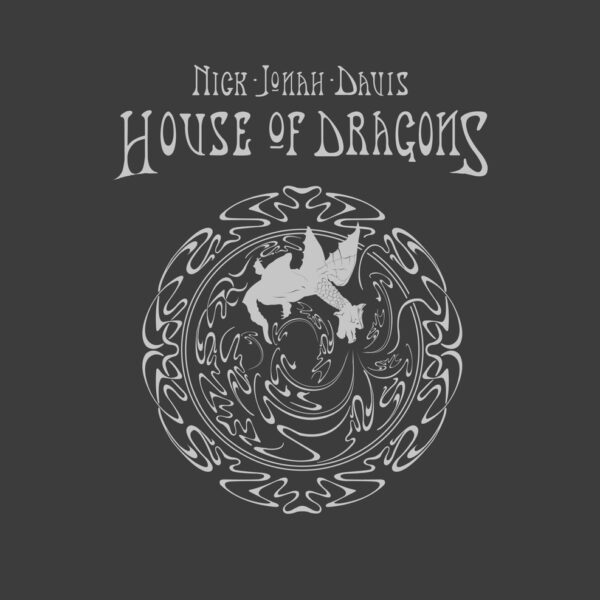 New solo album by the Nottingham guitar player Nick Jonah Davis. House Of Dragons (THREAD RECORDINGS THR004) contains ten tracks of consummate acoustic guitar craft – melodic, rootsy, folky, performed with confidence and uncanny accuracy. All that I wrote about Split Electric – his fab teamup with C. Joynes from earlier in 2016 – continues to apply, except that this record is pretty much all-acoustic, so less of the spooky noise effects we heard on ‘Sigil Eyes’ this time, apart from the opening seconds of ‘Double Peace’, which uses a scrapey flourish to set the mood on this, one of the darker pieces on a mostly upbeat and sprightly record. Cam Deas, who sent us his amazing Quadtych album in 2011, did the production on House Of Dragons, and friends C. Joynes and Karl Townsend play on the last cut, ‘The Illumination of Nelson Fortune’. This piece has a rather Fahey-esque title and a Ry Cooder feel in the shimmering slide and drone effects, conjuring up a cinematic desert vista in short order. I might add that the press release points out he has kept the company of two other TSP heroes, i.e. folk iconoclast Richard Dawson and radical song interpreter Alasdair Roberts, which earns him automatic wine privileges in my house. He’s also managed to perform alongside Max Ochs at a New York guitar festival, which is a pretty big deal…there aren’t that many records by this Greenwich Village hero of the 1960s, although if you get a copy of that Takoma sampler Contemporary Guitar, you can hear a couple of ragas by him. I have enjoyed House Of Dragons enormously, although with its title and cover artworks, I was hoping for something slightly more sinister, perhaps with added fairytale or supernatural undertones and themes. Instead we have this, with its generally rather cheery and bouncy tunes and melodies. I would like to think Davis has it in him to turn in a downbeat, pessimistic set of Richard Thompson cover versions, all played as instrumentals on the blackest guitar in his collection. From 2nd August 2016.