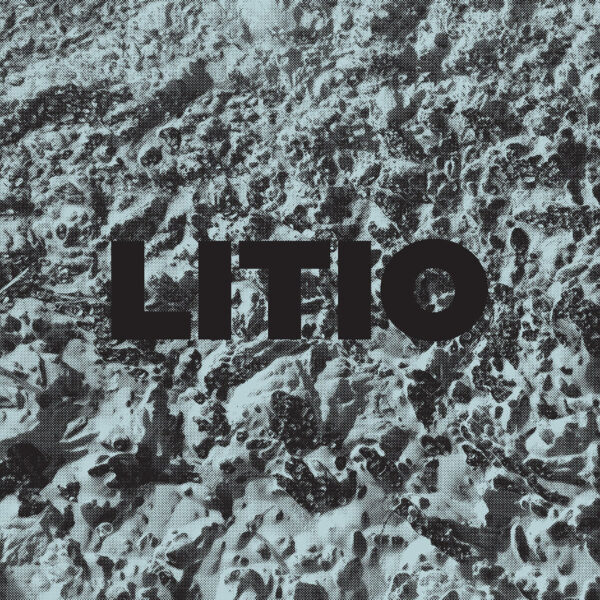 We last heard from Alberto Boccardi, an Italian engineer and electronic musician, on one half of a split LP with Lawrence English, one of those remix-someone-else’s-materials jobs; on that item, our man in the Capitol, Jeff Surak, certainly preferred the “busy-ness” of Boccardi’s well-packed side to the wallpaper of English’s unadventurous remixes. Boccardi is here now as one part of a trio with drummer Paolo Mongardi and bassist Antonio Bertoni, and their first album is Litio (BORING MACHINES BM68), a studio record produced through a process of sculpting and infinite patience; the press notes refer to the work “gradually taking shape…slowly developing and re-shaping”, which suggests there was as much time spent behind the desk as in front of the mics.

I quite liked ‘Chimera’ with its sinister synth tones on top of a rollicking drum rhythm, but the final cut has ended up twice as long on the platter as it needs to be, making the same dull point over and over for eight minutes. The group seem to pride themselves on delivering some form of “change” in their extended improvisations, but this ‘Chimera’ doesn’t really change radically from one end of its snaky tail to the other. ‘Vento Solare’ opens the album and has an off-putting air of self-importance, treading cautiously on “cosmic voyage” turf already well-explored by many 1970s synthy space-rock bands, but at least there are more group dynamics at work here, with quieter passages and attempts to shift the spacecraft into another gear. The cosmic theme continues on ‘Red Stone Floating’, which eventually achieves a vaguely mesmerising effect through its delicate synth washes and pulsations; shame that the drummer is only marking time here, when if he’d only been a bit bolder he might have helped push this piece into another dimension.

The last track has the title ‘Reconfigure Matter / Energy / Space / Time’, a title which apparently proposes to reverse the laws of physics – a somewhat ambitious expectation to pin on a single ten-minute piece of music. But at least this one shows the trio getting a shade more agitated and determined in their playing, giving an inkling of what they could achieve if they tried a little harder. After some moments of monotonous chattering and rattling as if riding some Logan’s Run styled underground tube train, the players find themselves out on the other side of a geodesic dome and contemplating the strange sunlit world around them, bathed in uncertain ambient sounds and vague chords. In all, this combination of electronics with an acoustic bass and drums set-up has its possibilities, but Boccardi’s electronic sounds (which smother the record) are mediocre and commonplace, and the trio are not yet comfortable with each other, too tentative as a trio to make a fully coherent musical statement. From 12th August 2016.