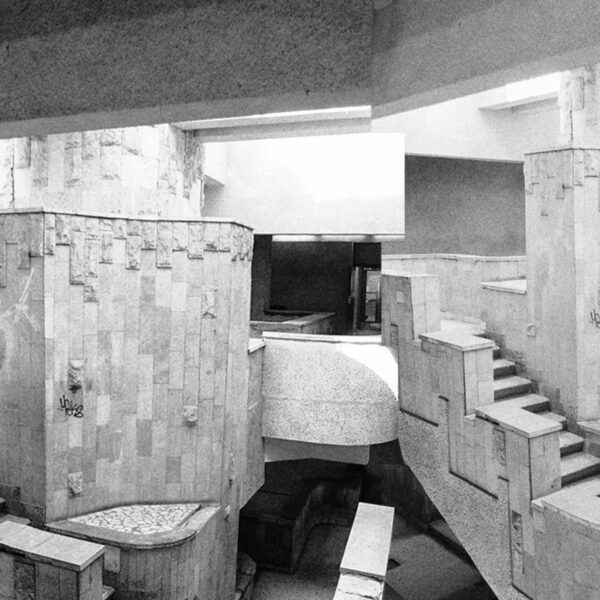 There Was Hardly Anybody There (SPINA!REC SR026) is the new cassette from Ilia Belorukov, still the heavyweight and principal saviour of Russian underground music at time of writing, and it’s a highly grim affair. He’s forsaken his usual improvising saxophone mode and gone for these four interminable pieces of horrifyingly monotonous and empty music of greyness and bleakitude. I think the saxophone played a part somewhere, but attenuated minimalism is the order of the day. “The reductionist sound was changed by cold synth noises and monotonic rhythms,” is how the label press sell us on this captivating episode.

The opening cut ‘He Needs Someone To Wake Him Up’ is just about survivable – a thudding, ominous, sequenced synth pulse spells out doom, but at least there are urban recordings on top to make it seem like something relatable to real life; the dog barking is one nice effect. And there’s even a minimal tune (if you can find it) passing by for a few precious seconds. Thereafter, remainder of tape is a descent into empty town-dwelling horror, including ‘If Any Man Comes…’, an emptied-out and all-bleached track which might just be the “room sound” from an underground bunker or torture chamber, or other scene of terror; ‘Ask Around, Someone Will Know’ which proceeds on its way to the beat of a remorseless military drum with a low tone moaning underneath, punctuated by occasional howls of anguish; and ‘Someone Has To Lock Up The House’, which is all-but insufferable – distorted synth purrs and buzzes which somehow create a vista of sheer emptiness and an atmosphere of futility that is hard to shake off.

Throughout, Belorukov seems determined to refuse any kind of aesthetic pleasure that might be derived from electronic music, and also stops dead the possibility of any forward movement or progress in each piece. The resulting sensation of confinement is certainly well expressed by the images of concrete walls and staircases to nowhere which adorn this release, but it goes beyond the confinement of a single body; somehow it suggests an entire society, a culture, trapped in a frustrating political deadlock where absolutely nothing is possible. Are things really that bad in Russia? Evidently so! Take note, readers in the UK, this fate awaits all of us in the post-EU world, so beware. And take this tape as a forewarning of what it’s going to feel like. From 15th August 2016.