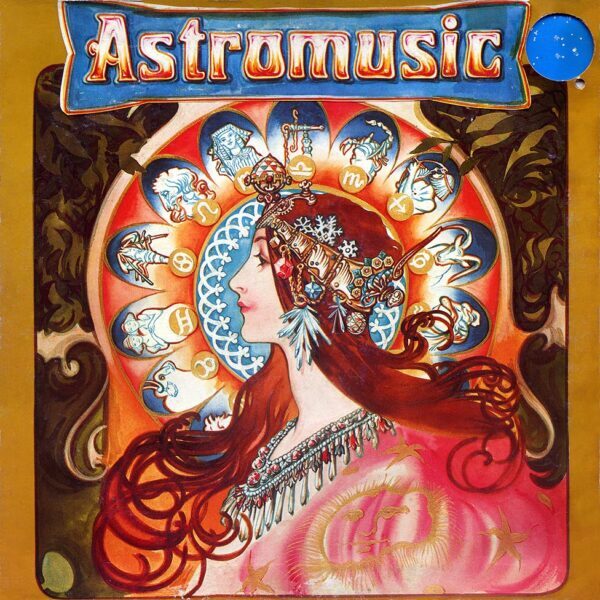 I admit I did have an attack of the collywobbles after buying this CD, that it might turn out to be mostly twee New Age hippie synthesiser pop kitsch fit only for church yoga classes. Imagine my astonishment when the music turned out to be robust and lively, bubbling with light-hearted zest and joy. What makes this recording a stand-out from its period (it was first released in 1981) is Giombini’s skill and experience as a soundtrack composer and his imagination in working his synth – and only his synth, there being no other instrument on this release – to its full range of sounds and capabilities, and beyond. The tunes his fluttery fingers generate give rise to an astonishing spectrum of moods from surprise to wonder and pensiveness. The synthesiser’s limitations force the music into pure melodies that tumble from their source and race through the atmosphere like silver-winged sprites. There may be a slight manipulative element at work but the spirit behind it is of wonder and curiosity.

As you might expect from a recording about the twelve signs of the zodiac, there are twelve tracks each corresponding to a different sign and named after it. From then on though, any connection between the eponymous signs (and what they represent) and their respective tracks seems merely coincidental. Thus the track “Aries”, to take one example, seems less fiery and more melancholy than perhaps it ought to be. You quickly realise that the best way to listen to the music here is to forget its astrology inspiration and just hear it for what it is: a lively and playful creation rejoicing in its sudden being and existence, eager to fly out and explore its horizons to its very limits.

Marcello Giombini (1928 – 2003) is better known for scoring movies of various genres, mainly spaghetti / paella Westerns, horror, crime thriller and sword-and-sandal epics, in the 1960s onwards but his work in electronics and the use of music computers from the 1970s on is gaining more attention and new respect.