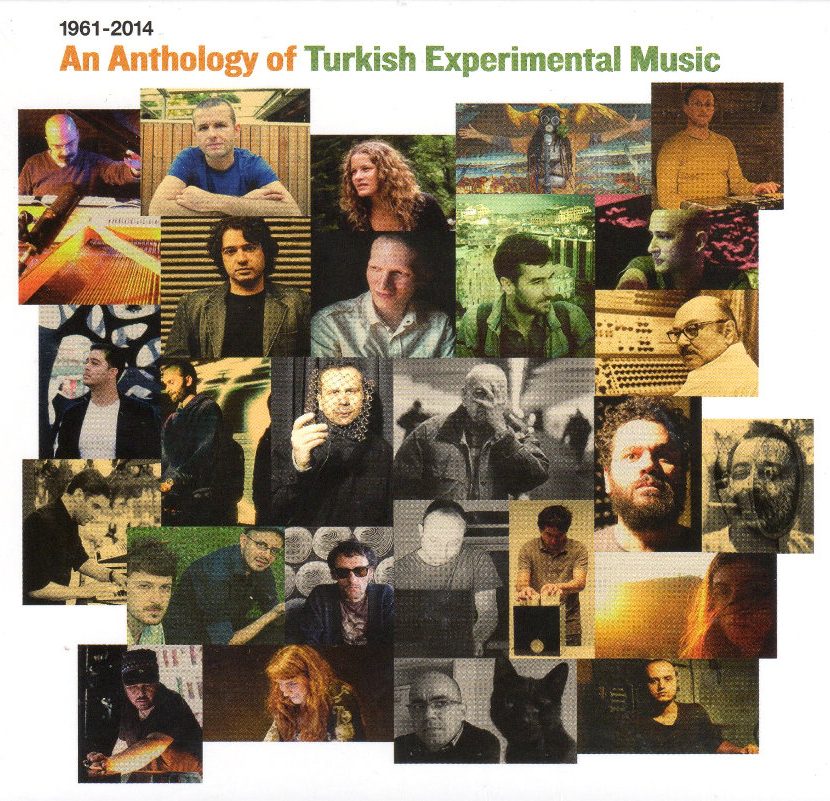 Of all the creatures in the animal kingdom the award for longest gestation period goes to the alpine salamander. Typically lasting between 2-3 years it is – by human standards anyway – a monumentally lengthy process, during which time human offspring will have found its feet, voice and possibly got tired of constantly using the word ‘no’. Possibly.

Even this majestic feat of patience is but a drop in the ocean compared to the gestation period of electronic music in Turkey. By one recent account, some 33 years passed between conception and the first stirring of life in this seemingly sluggish scene. Said source – currently under review – is Sub Rosa’s An Anthology of Turkish Electronic Music, and sports 29 specimens of said scene, year zero of which being 1961 – when Bülent Arel issues his ‘Postlude from Music for a Sacred Service’; a standard but stimulating piece of early Musique Concrète from a collaborator on Edgard Varèse’s Deserts. The high watermark of 2012 is relatively recent, follows a period of unprecedented aridity, and sees all manner of young composers busy talking up their game.

If the above graph serves as any indication, all life signs mysteriously dropped off between the years of 1961 and 1994, when a deep state of hibernation was briefly broken by the irruption of Mete Sezgin’s ‘Subconscious Memories’ – an Oval-esque miasma of dubby, glitched-up piano; one very much of its time, though preceding that internationally loved act’s breakthrough 94diskont by a whole year. Two further pieces would break the calm of the near-dormant ‘90s before the new millennium would usher in a flurry of artistic activity. No mention is made of what was taking place during this time, so perhaps the popularity of rock gods like Erkin Koray and Baris Manço was keeping more experimental endeavours at bay.

The anthology’s compiler’s postulate no reasons for this epochal silence, but they do single out two composers for having provided the groundwork for the ‘great wave’ of the 2000s and beyond. ‘Arel and (Ïlhan) Mimaroglu did not have immediate followers’ they explain, ‘the explosion happened later’.

Much later, as it turns out – over three decades later – and and as a result of some serious schooling: many of the featured composers are active in academic environments or else involved in coding or sound design. Little evidence of a connection between this movement and the putative forefathers is evident. Meanwhile, only three of the featured composers are women, suggesting that electronic music is a very rarefied and masculine pursuit in modern-day Turkey.

It will therefore come as little surprise that in spite of the ‘multifaceted nature’ of this ‘profusion of music related to an urgency to live and think freely’ attested to by the label, even attentive listeners will find the experience a largely homogenous and undifferentiated one; one that issues from the head much more than the heart. One that goes on like a middle aged man’s story that has neither twist or conclusion.

Granted, not all or indeed much of it is discernibly boring: indeed, one might conceivably taken with the elemental simplicity/iron lung acousmatica of Tuna Pase’s ‘Nefes’ (one of the three female-composed pieces, and a stand-out on the second disc of ‘Ambient’ pieces’) or the deep-diving droneology of Tolga Tüzün and Nilüfer Ormanli’s (also a female) respective contributions. Sub-atomic particle exchanges, machine gun blasts, echo pedal mysticism, adulterated nature recordings, isolationist string treatments with a whiff of the aboriginal: amid textures violent and subtle (and their attendant political subtexts of similar diversity (‘Democracy Lessons’, ‘The Monopoly of Victim Status’, ‘I Want To be A Suicide Bomber’…)), one may survey many a simulacra of scarred, scored and smoothed out scenery, perhaps reading in these lines stories of suffering and social trauma. On a purely aesthetic level however, a good deal of patience is required.

Returning to our graph for a moment, there is a visibly disproportionate representation of pieces from 2012 (thirteen, as it happens, nearly 50% of the total), with a modest spread of activity in surrounding years. The underlying message seems to be that Turkish Music is happening NOW, though in electronic music years 2012 is already history.

However, I do suspect the appendage of the indefinite article ‘An’ to this anthology is indicative of this collection’s status as one of many possible and that many further nuggets might yet be brought to our attention. Whether the geographical provenance itself provides a sufficient pretext for assembly is one question that needs addressing. On the strength of the statistics herein, is there any space on our shelves for An Anthology of Electronic Music from Turkish Female Composers?